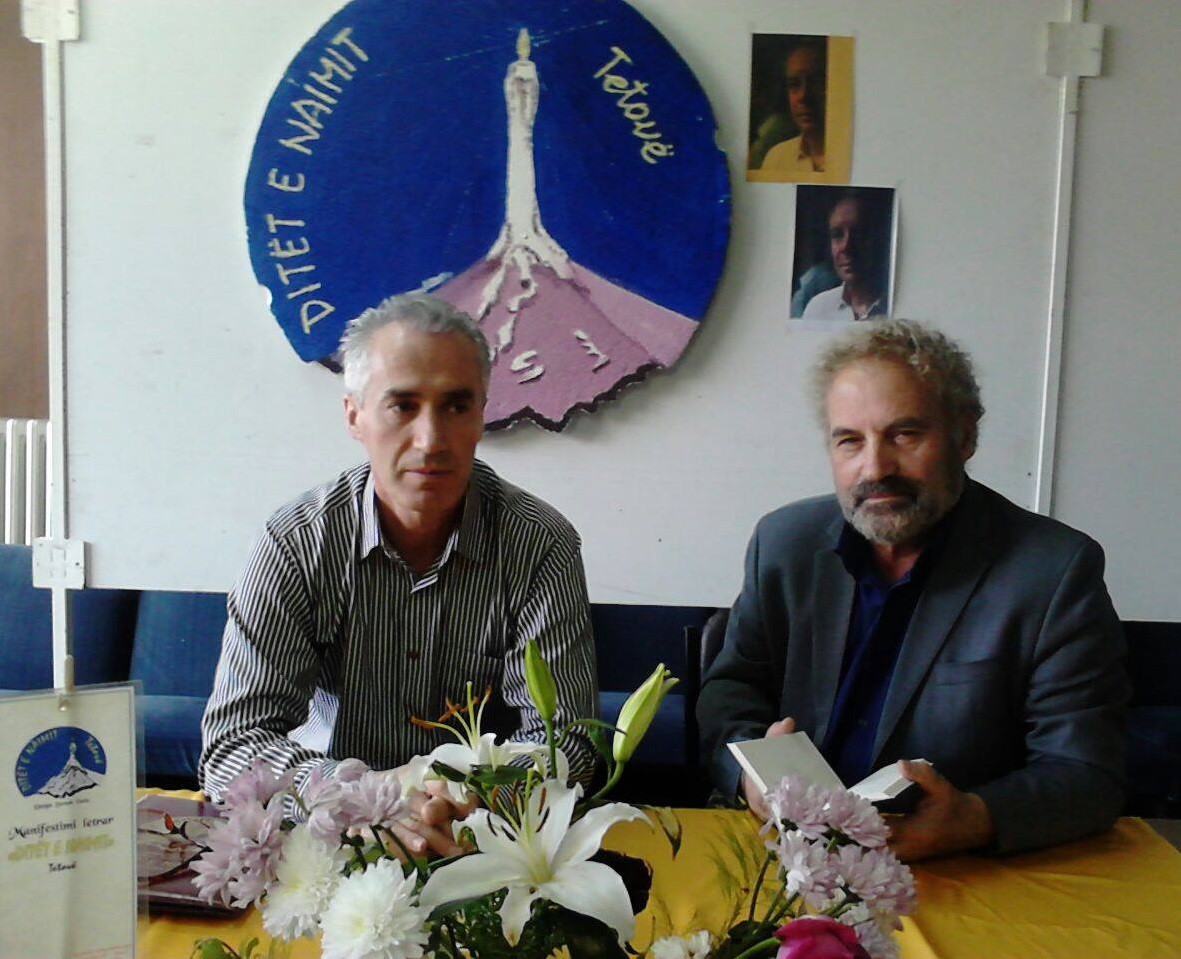 The winner of the Award “Naim Frashëri” of the XVIII Edition of International Poetry ‘Ditet e Naimit’ is the Italian Poet Sebastiano Grasso. This is the decision of the Festival members Jury, Visar Zhiti, Poet and translator (Albania), Ndue Ukaj (Kosovo) and Xhelal Zejneli (Macedonia). The Directorate of Festival also announces the laureate of this year a Honorary member of the Festival.

The International Poetry Festival, ‘Ditet e Naimit’ will be held during 16-19 October, in the city of Tetova.

This was declared at the press conference which was hold in 15 September at the Centre for Culture in Tetova, from the Chairman of the Jury of the Festival, Visar Zhiti and the Director of the International Poetry Festival ‘Ditet e Naimit’, Shaip Emerllahu.

The Chairman of the festival Jury, Visar Zhiti presented the arguments according to the decision for the literary prize ‘Naim Frashëri’ awarded to The Italian Poet Sebastiano Grasso, where is mentioned that: ‘ the Italian Poet Sebastinao Grasso is awarded the Grand Literary Prize, “Naim Frashëri”, for his poetry of love, where the reader identify itself, forever. ‘Classic’ and modern at the same time, his literary work is a fundamental breath and reflexion of the real life. He also presented the biography of the winner, whereas is mentioned that Grasso is the President of the Italian PEN Centre, editor of Culture at  Corriere de la Serra, University Professor, translator and journalist.

For his books translated and published into many languages the previews are written form the Nobel Prize winner, the Portuguese writer Saramango, and from the Nobel candidates Adionis, Yevtushenko, Mario Luzi, etc.

Visar Zhiti also read the declaration which the laureate send to the festival according to the receiving of the Grand Prize, “Naim Frashëri” where he says: “  I am honoured to be awarded with such a prestigious Prize, dedicated to ‘Naim Frashëri’ and I will be in Tetova from 16 to 19 October. Thank you for the news!”

The programme of this edition will be interesting in its content. During the days of Festival, literary readings, books promotions, and paintings exhibitions will take place. Writers and poets also will visit cultural and historical places. Etc.