For the twentieth time in sequence, poets from all over the world as well as Albanian poets honoured the Albanian language, Naim, the Albanians… The XXth Edition of the International Poetry Festival “Ditët e Naimit”, which took place from October 20th to 24th, 2016, was a celebration, a great cultural event. The programme of this cultural lighthouse with international character took place in the main centres of the Albanians: in Tetova as well as in Prishtina and Prizren. It was a dense literary, artistic and cultural programme. There were three literary readings, a scientific conference, a photography exhibition about the Festival and Naim Frashëri was inaugurated and there were visits to cultural, historical and religious monuments in Tetova, Prishtina, and Prizren. 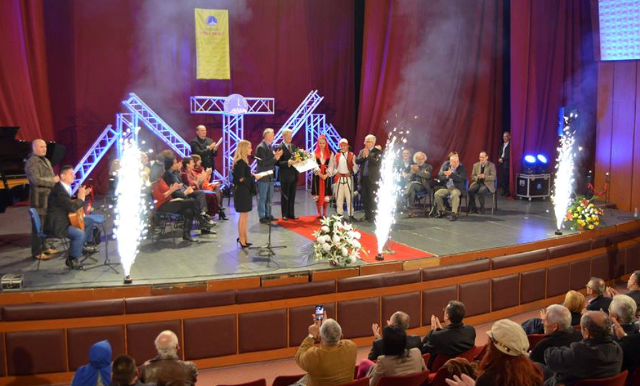 Around 30 poets from all over the world participated in this jubilee edition: 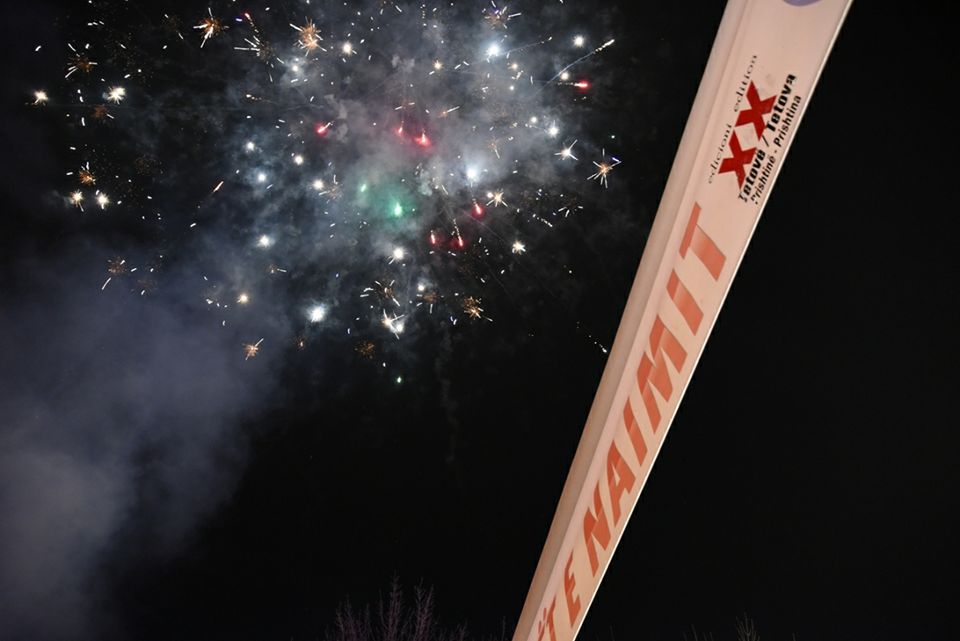 Thus the festive opening ceremony of the jubilee edition, the 20th in sequence, of the International Poetry Festival “Ditët e Naimit” happened with an amazing firework performance in front of the Cultural Centre “Naim Frashëri” in Tetova. The director of the Festival Shaip Emërllahu, the Taiwanese laureate Kuei-shien Lee and the mayor of the Municipality of Tetova Teuta Arifi laid down bouquets of flowers in front of the statue of our national poet Naim Frashëri in the centre of Tetova (Naim’s statue was erected by the Direction of the Festival on the occasion of the 100th anniversary of the poet’s death). 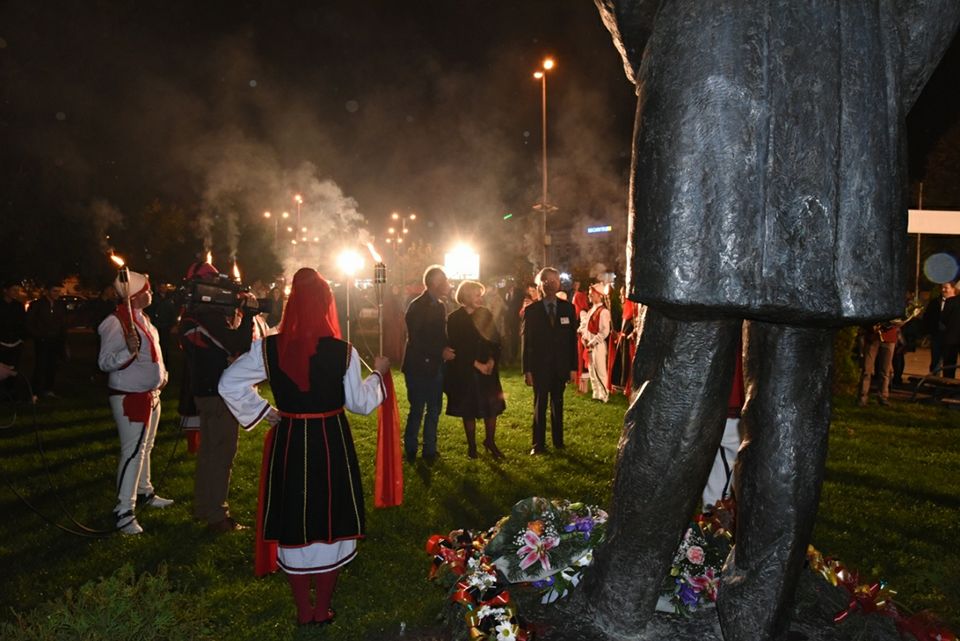 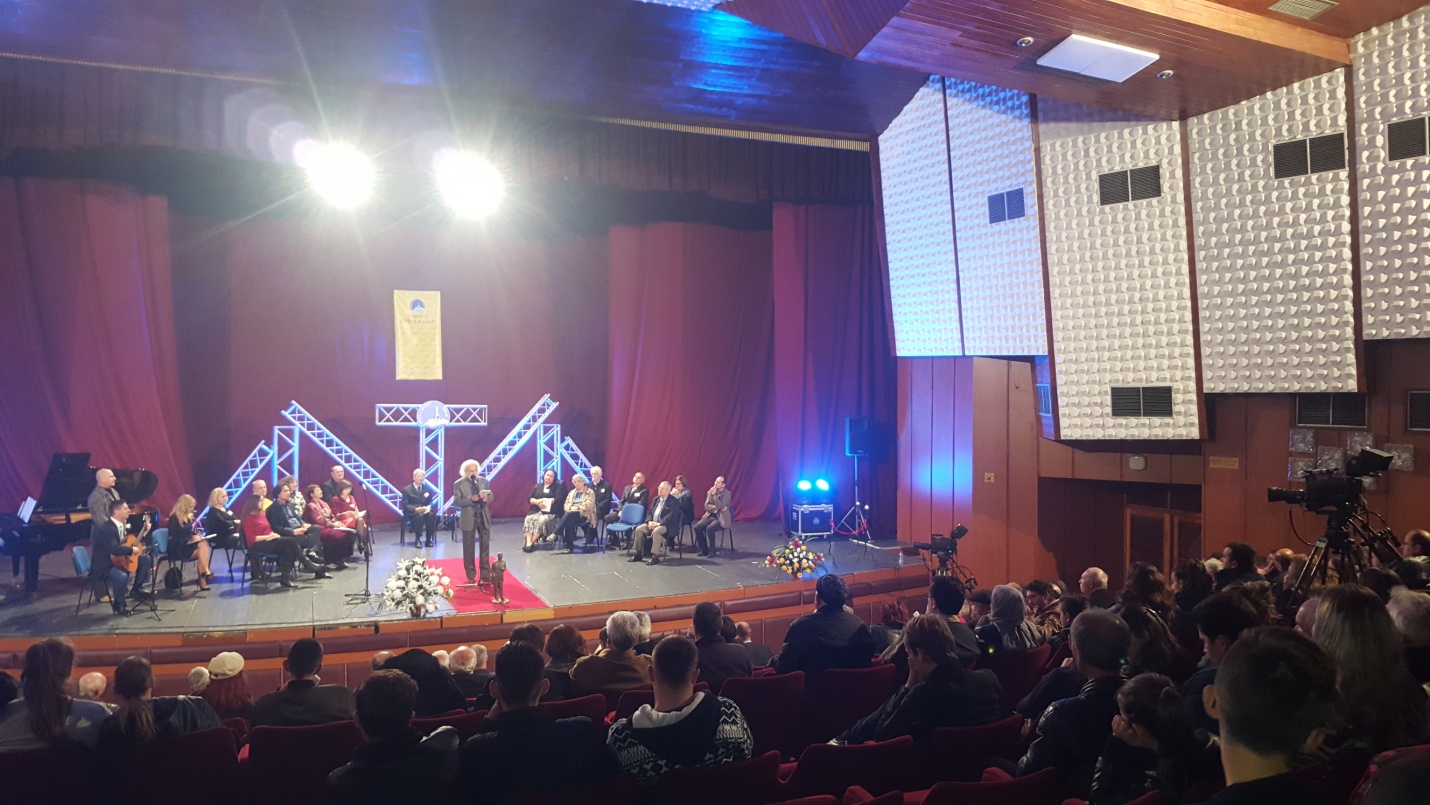 The jubilee edition was opened by the Director of the Festival, Mr. Shaip Emerllahu, who said: “Over the years, literature has known different models and types of intercommunication. Countinously these dialoguing stereotypes in great number and variety have been carrying the weight of literary development and affirmation. One of them is the model of festivals, which is quite widespread in the world of culture. International literary and cultural festivals all over the world provide special communication stereotypes. They have been and continue to be an arena where dialogue takes place from nearby on the level of the literary and cultural subject, on the level of literary production, on the linguistic and the ethnical level. 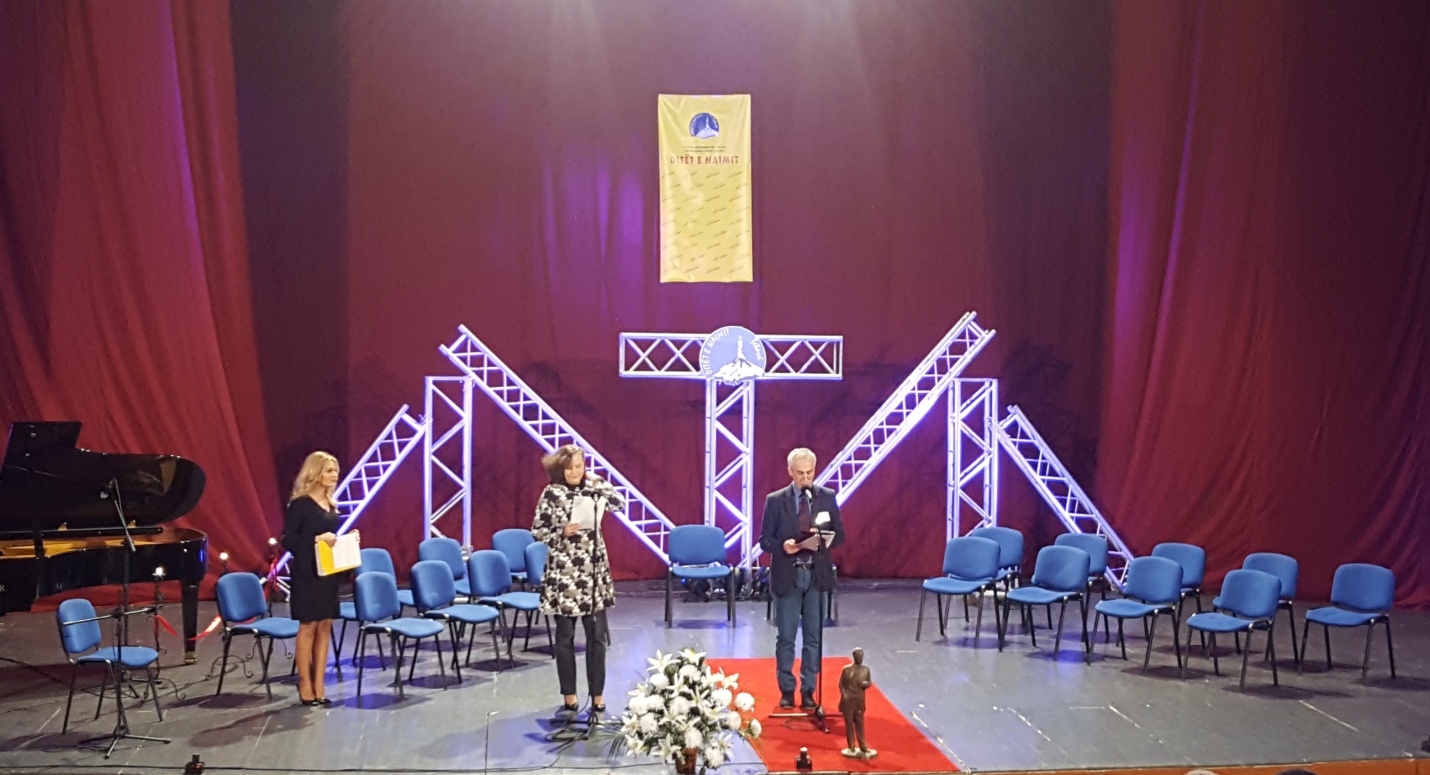 The quality of civilization, of humanity, depends on the performance of the building-up of conversation, i.e., in the words of Alain Bosquet, on the spiritual dialogue. The spirit of a people is mirrored in its poetry better than in any other art form. Thus this dialogue of literary experiences of the peoples through these literary meetings indicates the corresponding blockages and advances.

In our opening speeches of the different editions of the International Poetry Festival “Ditët e Naimit” (Tetova), we have continually isolated and affirmed the values of contemporary literary and cultural intercommunications, which reflected 19 editions of this cultural wayshower amazingly speaking from the edge of our geoculture. Maybe this is also a sign that where the clash of diversity happens, this form of communication favorizes the separation from the vicious circle of provincialism and cultural isolation. It compensates for the decades-long flow in that direction and provides the form of our globalist conscience to communicate, keep up and affirm one’s cultural and social identity.

In the light of a new global formation of these intercommunication models, a review is due, i.e. a code that will respond to the requirements dictated by this unifying epoch.

How much readiness is there, what consciousness, and how will we succeed in accepting the need of modifying these intercommunication models? It is repeatedly shown also through these literary festivals that poetry is an intercultural means of intercommunication, which can be exploited rationally and practically in these modern conditions, too, where it is about a global spirit…

Then the artist Zeqir Mehmeti handed the Director of the Festival for his 20 years of contribution some artistic works: the logo of the Festival and the name of the national poet Naim Frashëri. 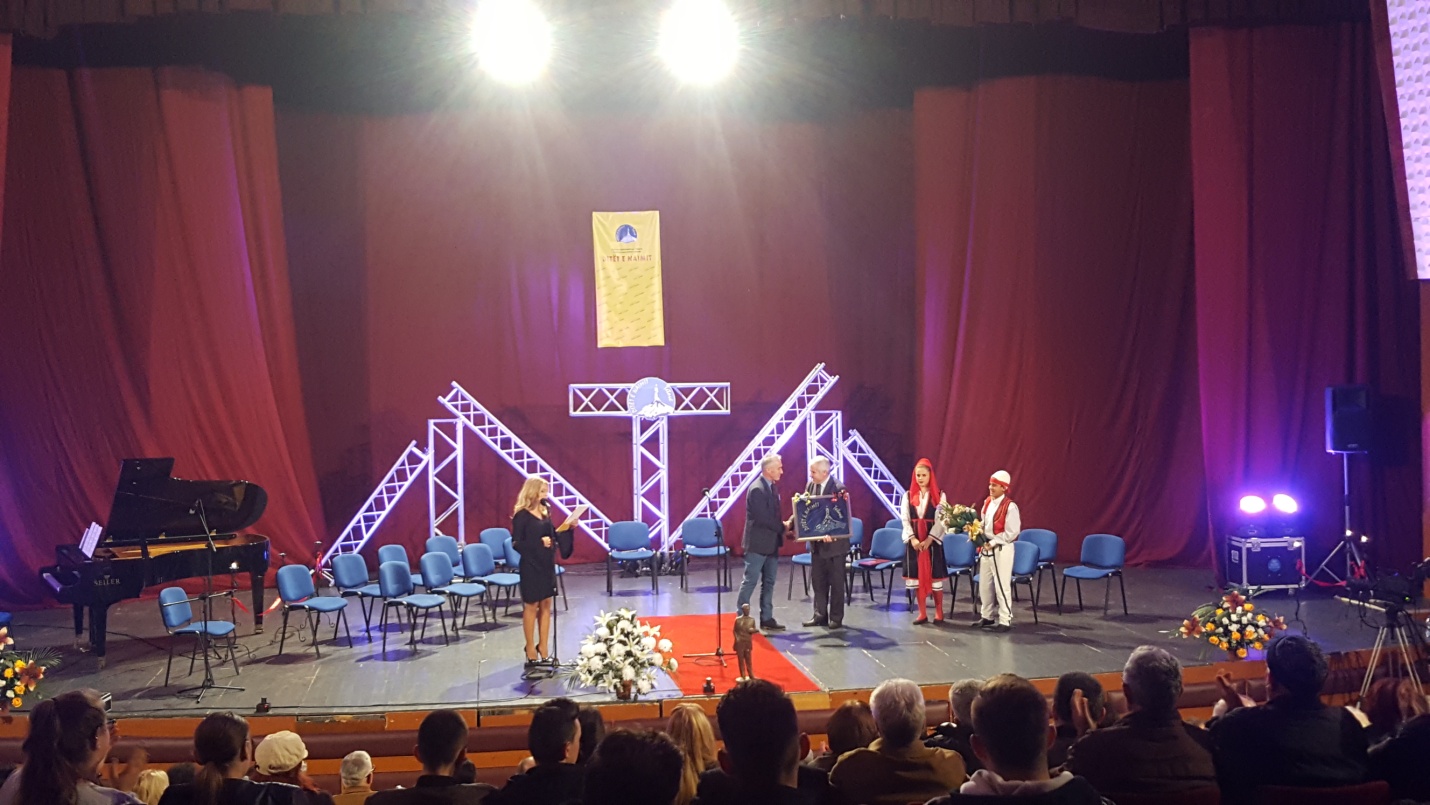 There was a welcoming speech for the XXth Edition of the International Poetry Festival “Ditët e Naimit” also by the mayor of the Municipality of Tetova, Ms. Teuta Arifi. She stressed in her speech, among others, that the International Poetry Festival “Ditët e Naimit” has been playing for 20 years a great role in affirming the Albanian culture and literature and in affirming our town. Therefore she asked from the institutions a greater attention to this Festival. 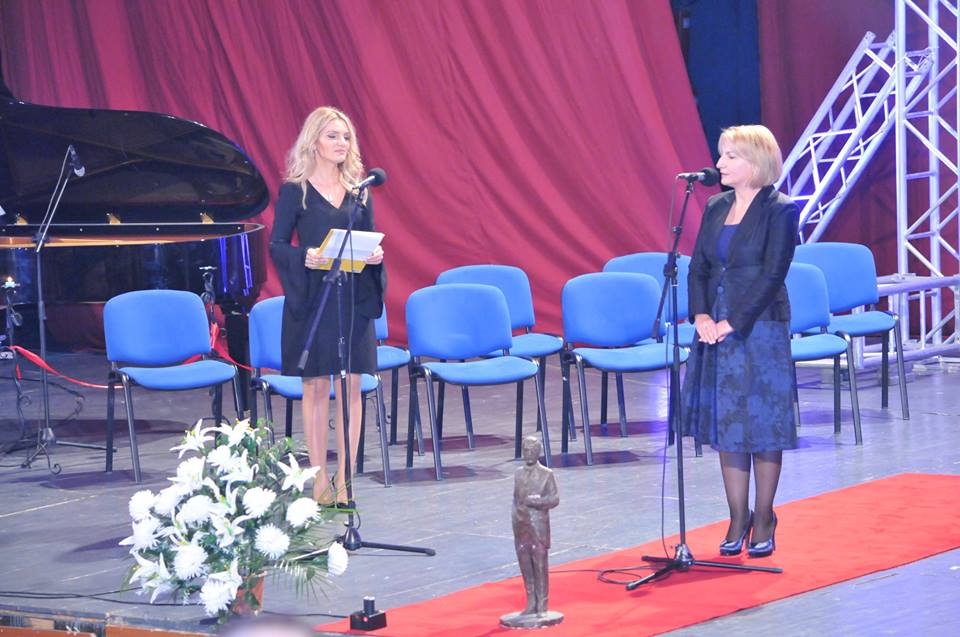 During the opening of the Festival, the actor Arsim Kaleci recited Naim Frashëri’s poem “Words of the Candle”, whereas the violonist Shkëlzen Pajaziti played a musical piece on the violin.

In the great literary hour “Poetic Globe”, the poets from their different countries read their poems, whereas the chairman of the Jury Prof. Dr. Ymer Çiraku read the motivation for the main award. The director of the Festival Shaip Emërllahu handed the great award “‘Naim Frashëri”, which is given for “High esthetic and artistic values”, to the laureate, the famous poet from Taiwan, Kuei-shien Lee, and conferred him the title of an Honorary Member of the Festival. 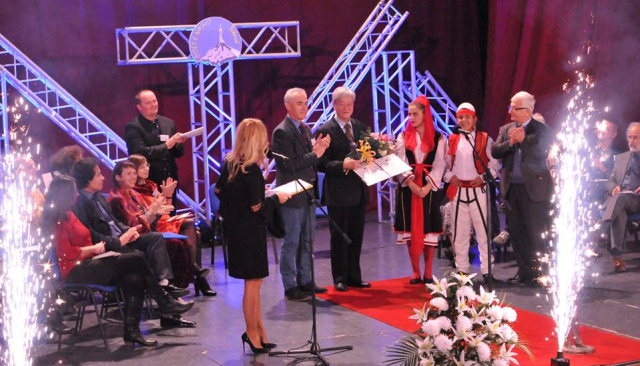 On this occasion, the Taiwanese laureate Lee, having thanked the organisers and the Jury for the awarding of this great prize of the Festival, pointed out: “It is a great honour for me to be aearded with this literary prize. It is an even greater honour as the prize bears the name of the national poet Naim Frashëri. I am highly motivated to share this award with the people of Taiwan. Geographically, Macedonia and Taiwan are far from each other, but poetry can unite them.” 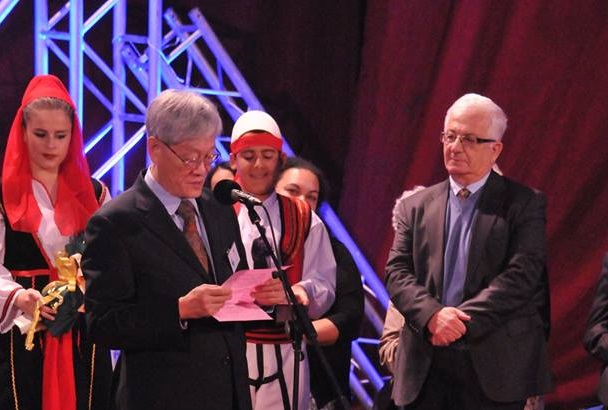 On the second day of the programme, the poets visited the Coloured Mosque and the Arabati Baba Tekke, where in one of their premises they held the literary hour “Poets and Verses”. 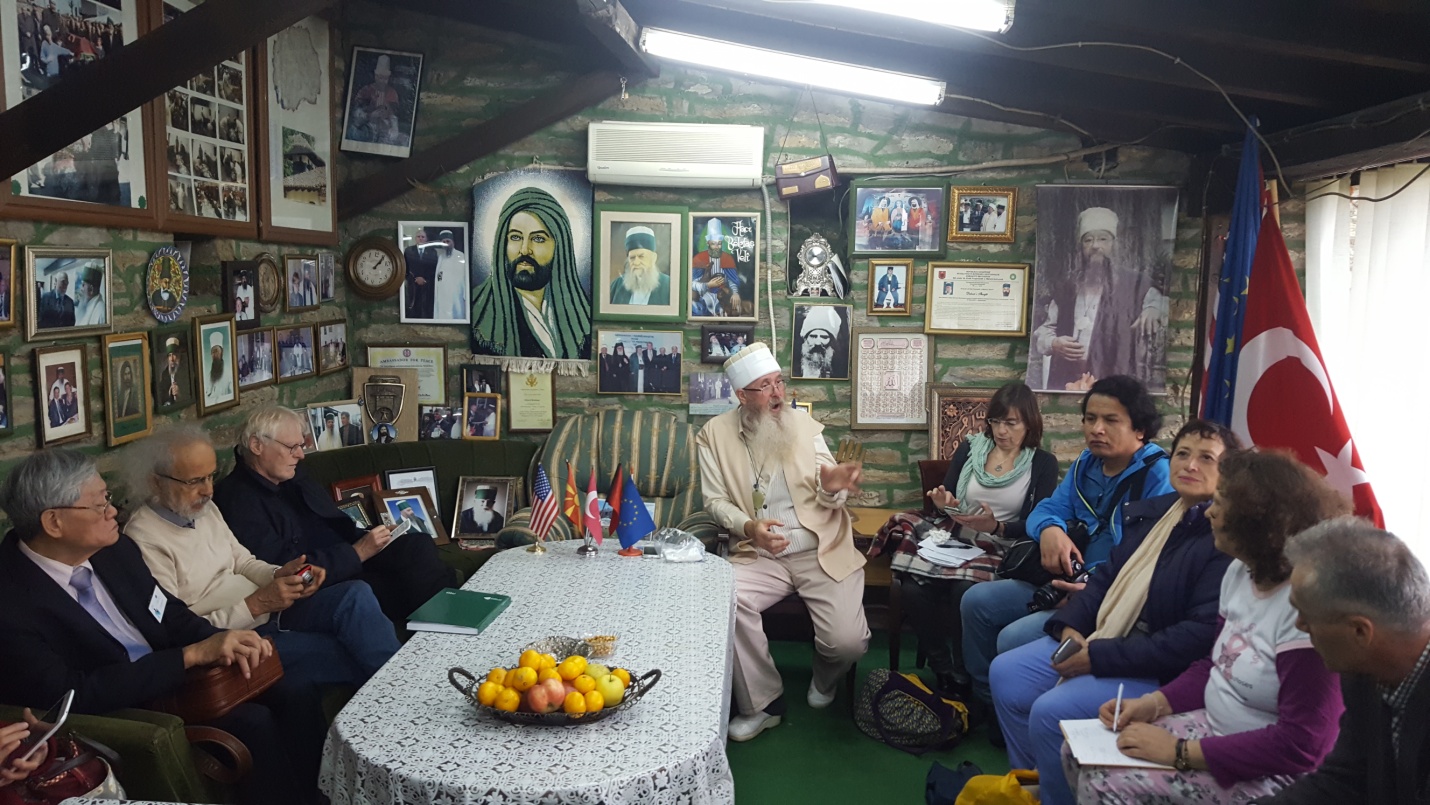 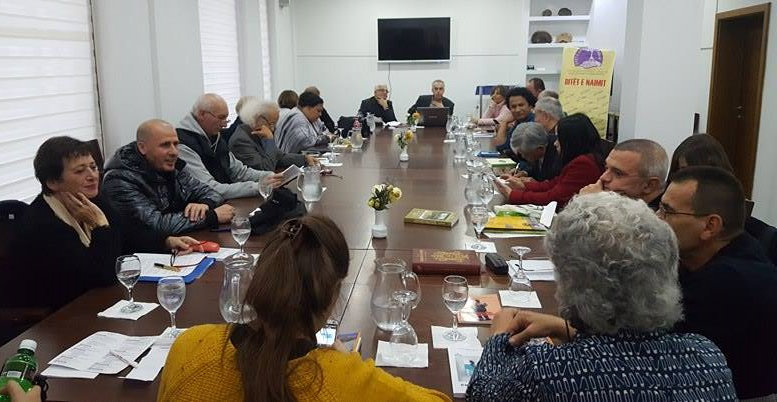 On the third day, the participating poets left by bus for Prishtina, where they visited some cultural and historical monuments. 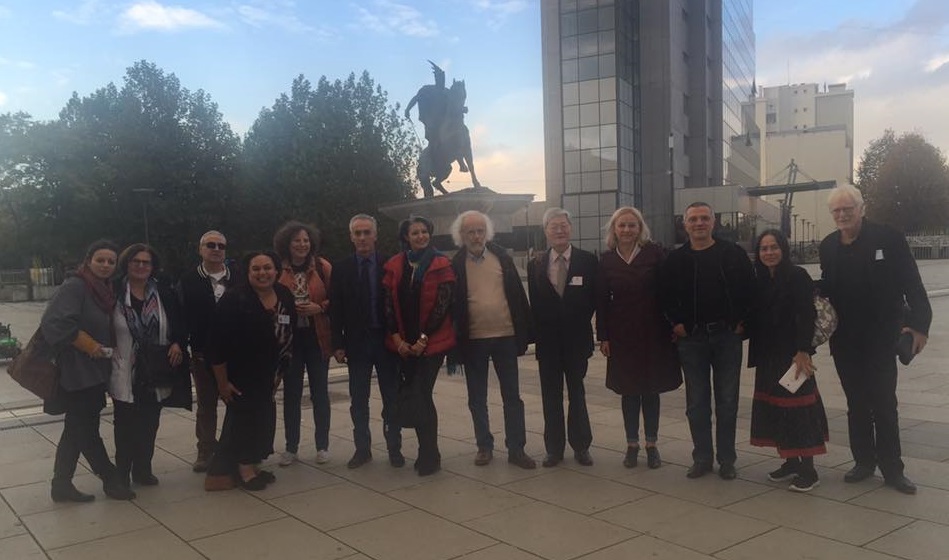 The Festival was closed with the great literary hour “Poetic Meridians”, which took place in National and University Library of Kosova in Prishtina, where the poets read their poems and the remaining literary prizes of the Festival were awarded. The prize “Menada” for special poetic value was given to the French poet Nicole Barrière. 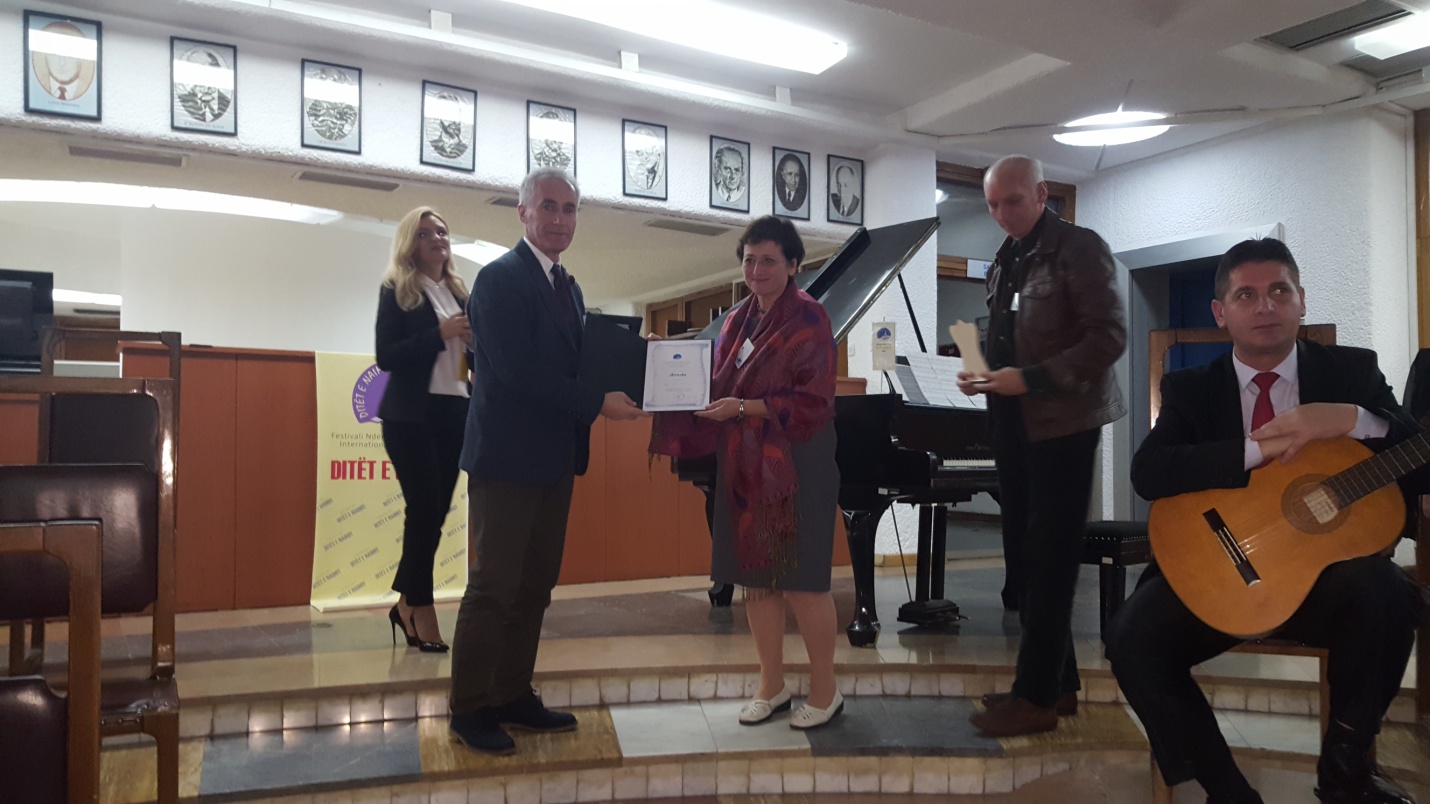 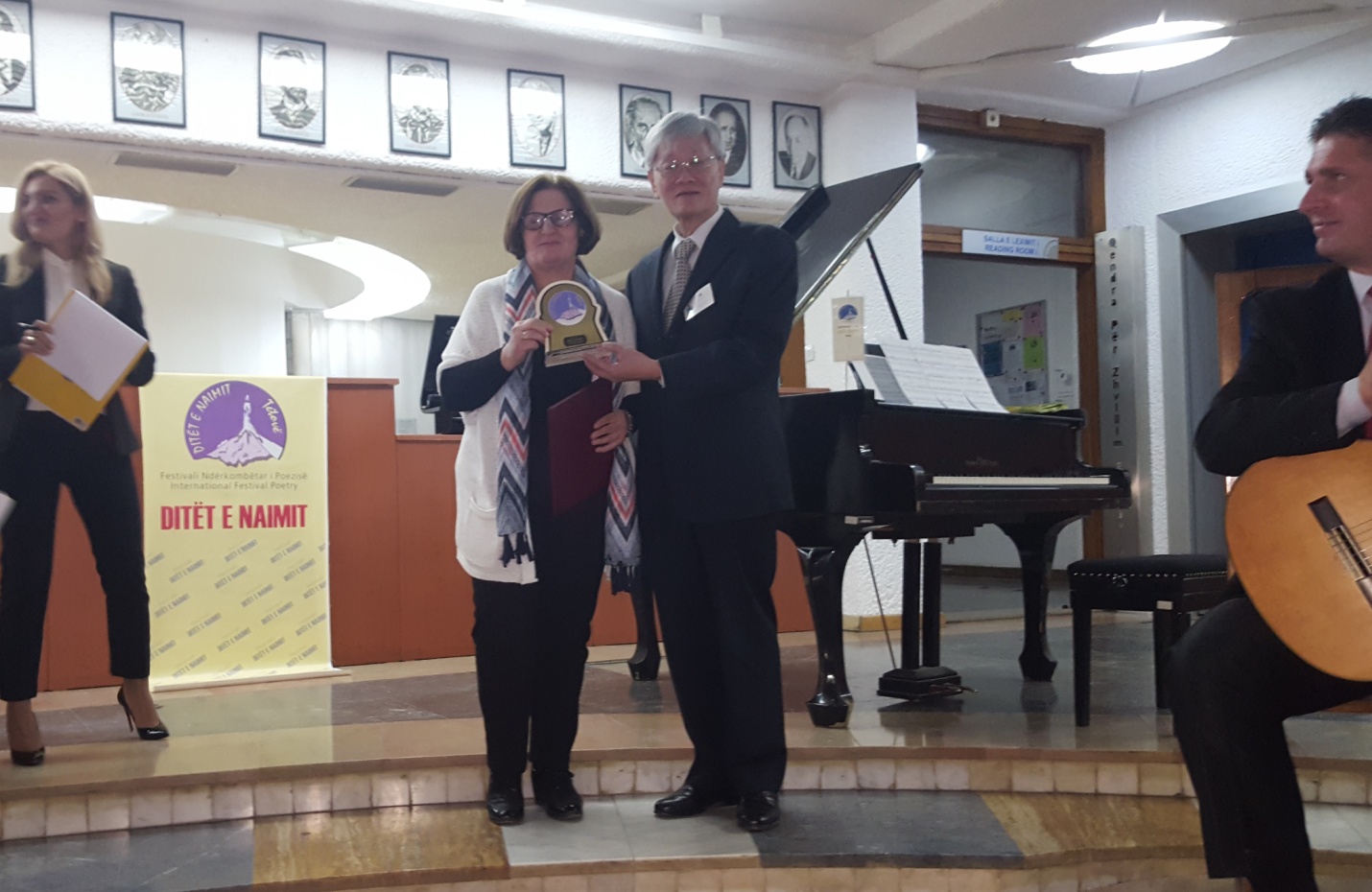 The literary prize “Oeneum” for the best poetry cycle went to the Bulgarian poet Anton Baev. 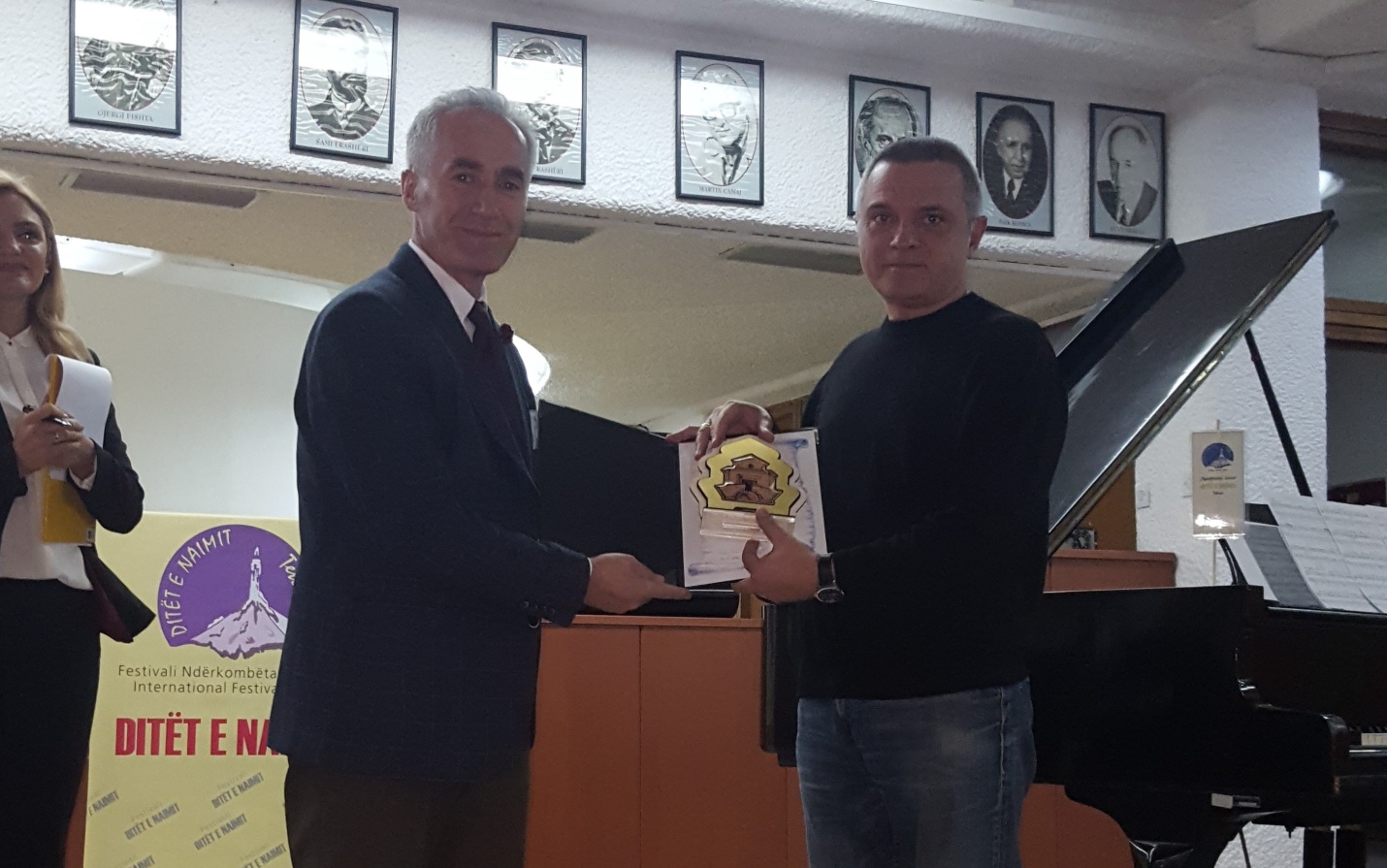 The literary prize  “Naim’s Candle” for the best poem was given to the Argentinian poet Ricardo Rubio. 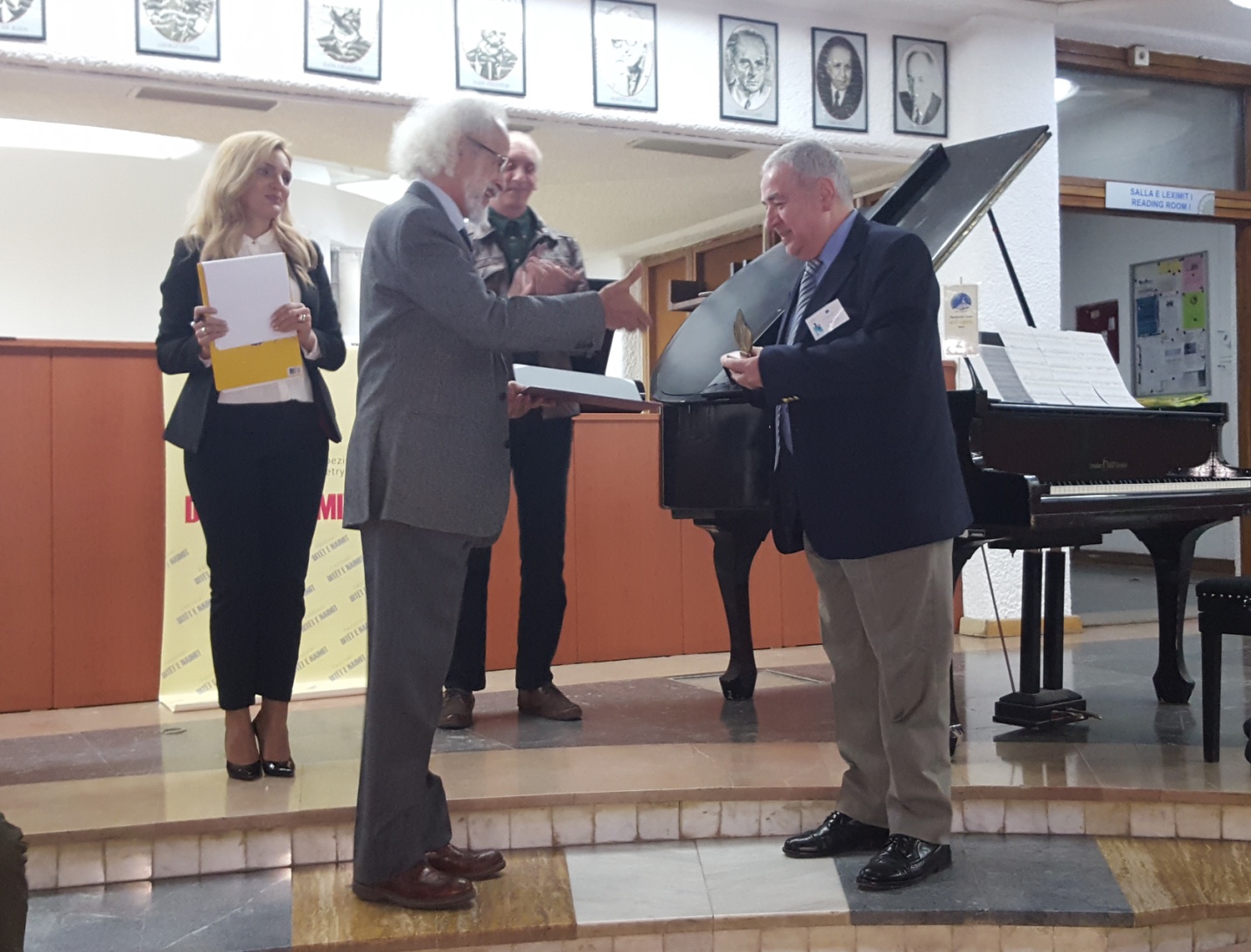 And the literary prize with the name of the poet “Silke Liria”, given for the poetic expression, went to the Macedonian poet Dragana Evtimova. 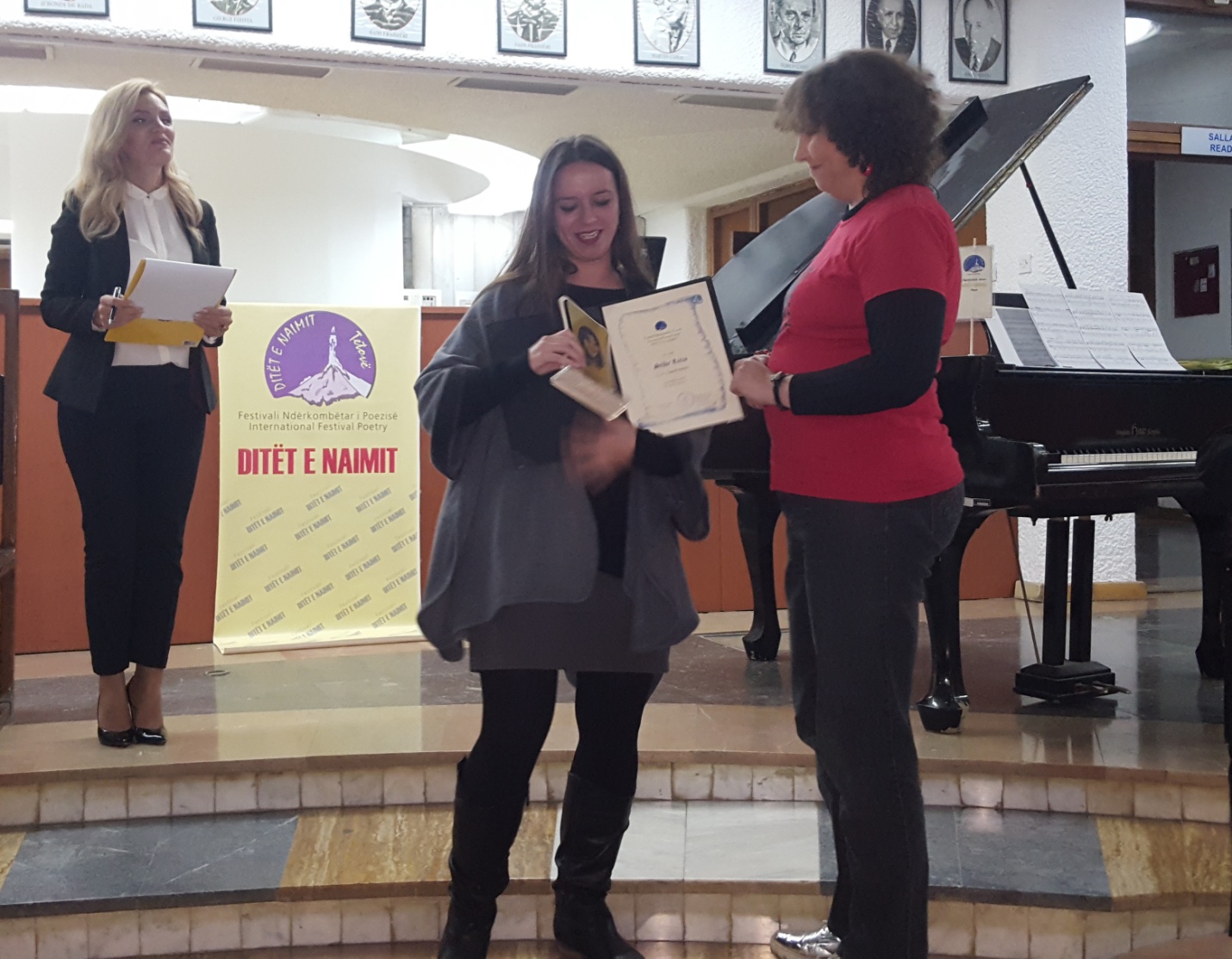 On the fourth day of the Festival, the poets went to the famous historical town of Prizren, where they visited some cultural and historical monuments, like the house of the Albanian League of Prizren, and the Old Town. 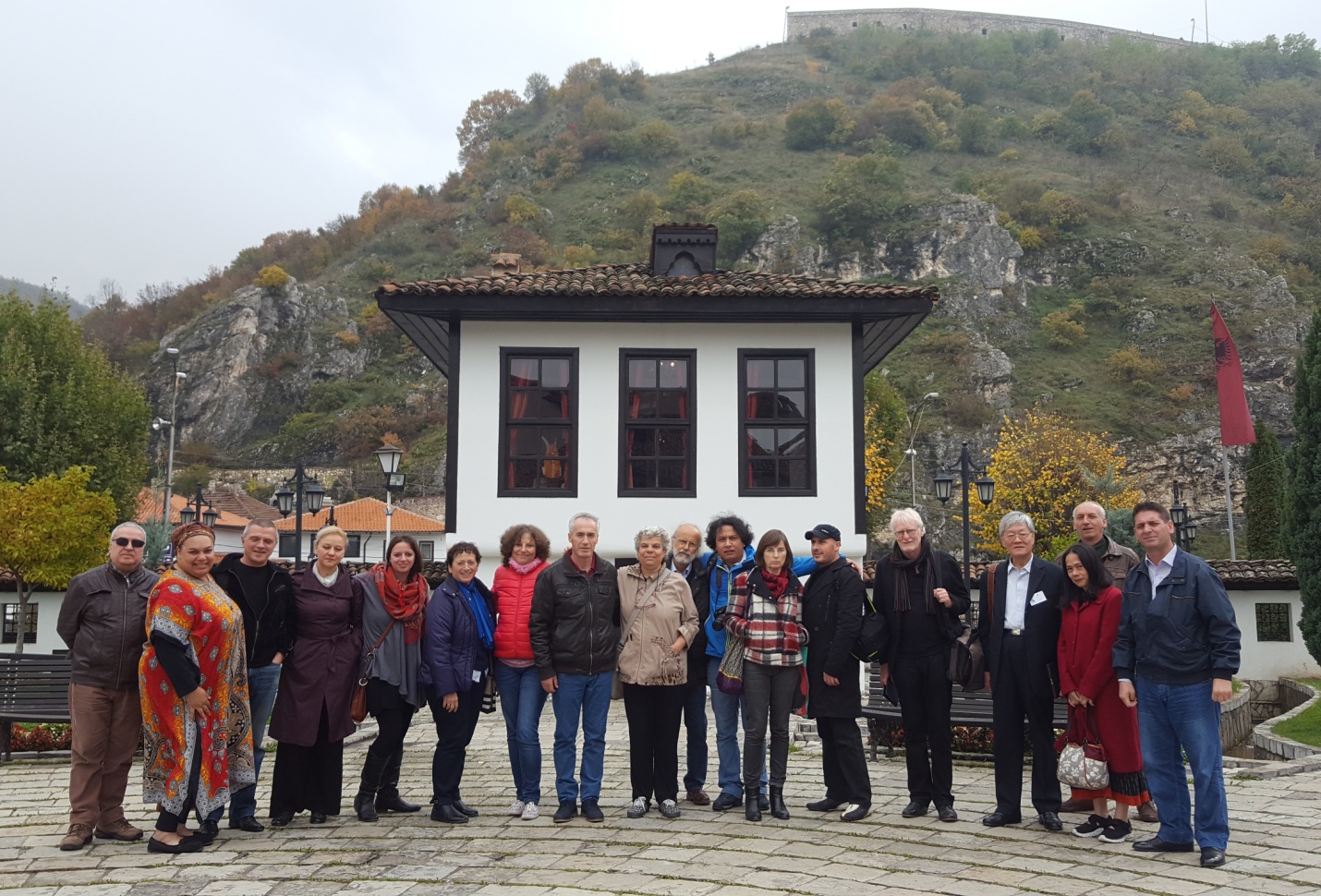 The Direction of the Festival published for this edition, too, the anthology with the poems of the participating poets, “You appear like an island”, compiled by Shaip Emërllahu.

The Festival was moderated by Alketa Fazliu. The poems were read in Albanian by the actor Arsim Kaleci and accompanied on the guitar by Naser Dula. The stage was designed by the painter Savash Veliu.