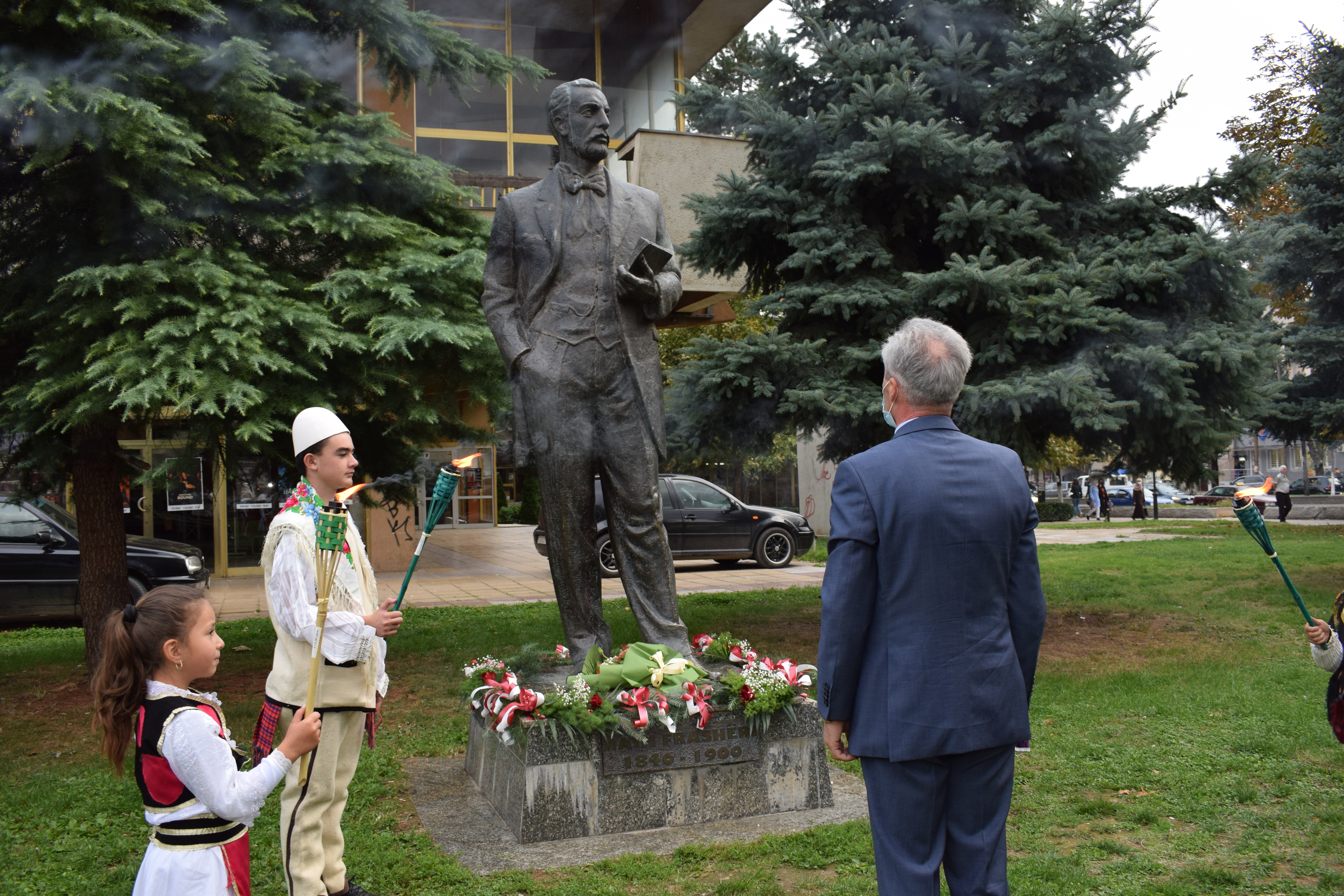 The festive opening of the XXIV Edition of the International Poetry Festival “Ditet e Naimit” was made by lighting fireworks and flamethrowers carried by young people in Albanian national costumes, in front of the Cultural Center in Tetova. Meanwhile, bouquets of flowers were placed in front of the statue of our national poet Naim Frasheri and a minute of silence was given, on the occasion the 120th anniversary of his death. 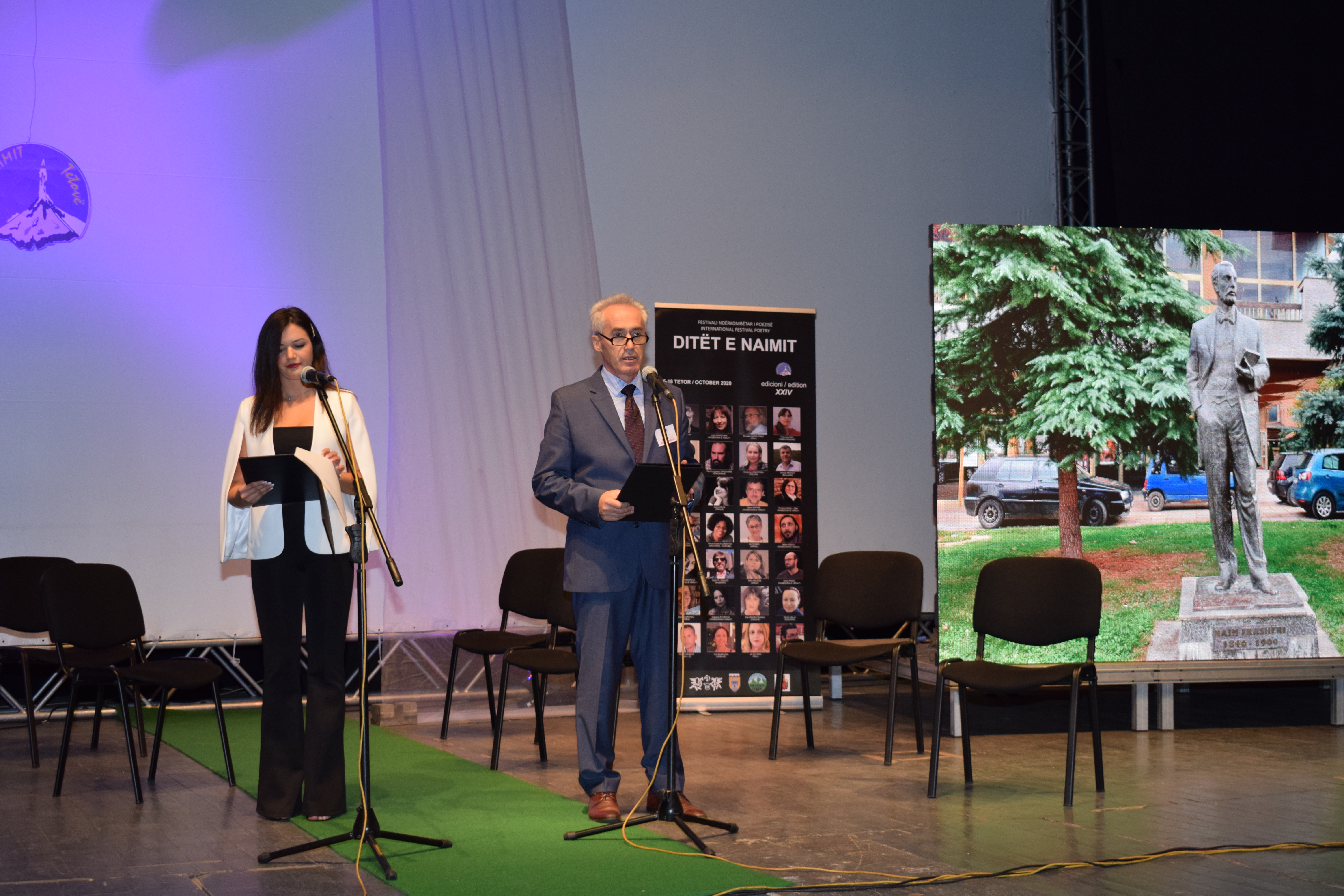 The XXIV Edition of the International Poetry Festival “Ditet e Naimit” was opened by the director of the Festival, Shaip Emerllahu, who, among other things, stressed that: “This is the dark year for humanity. The pandemic has overturned the system and the code of living. It has increased the uncertainty of the present and the future. Life is largely deprived of its beauty. Our society has its worst stressful and depressive moments. Such a picture is frightening. It needs works that will enlighten, ennoble and complement humanity. Therefore, it must be believed that poetry (and other arts) must speak every day, so that our minds and souls can be safe.”

Even the “Ditet e Naimit”, as a multidimensional cultural and literary operator, is trying in pandemic conditions to be part of this contribution to defeat evil and bring normalcy. We must firmly believe that “Life is beautiful”, and that, through poetry we are closer to God. 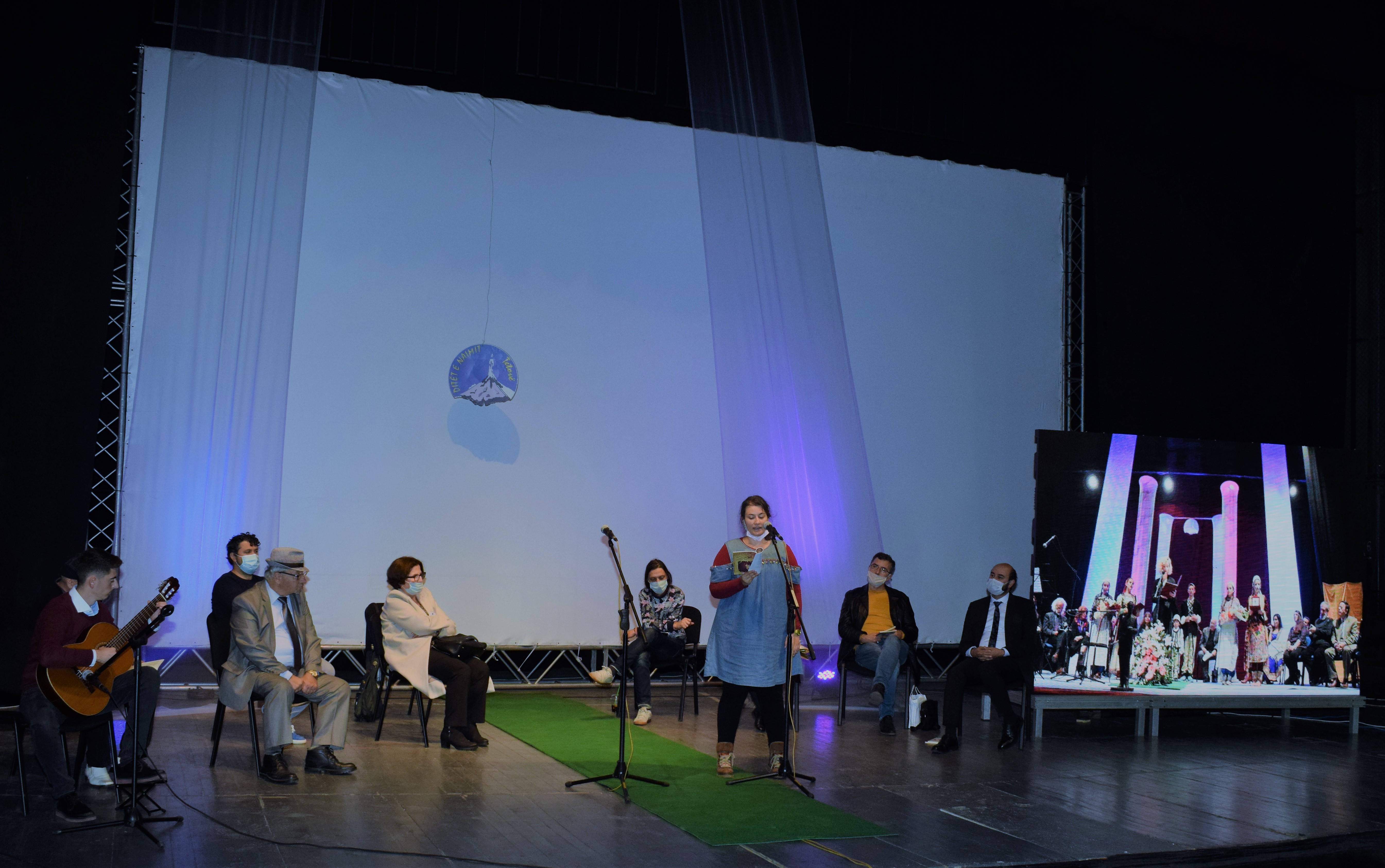 In the great literary hour ‘Poetic Globe’, poets read their poems (foreign poets virtually). Meanwhile, the Festival Laureate, Macedonian poet Lidija Dimkovska, due to the pandemic situation, couldn’t manage to be in Tetova. She addressed the audience through video recording as:  “Till now, I have never been so happy and sad at the same time, in the world of poetry. I am happy that this year my poetry has been chosen to be awarded the high international poetic award named after the great Albanian poet, Naim Frasheri, and I am also saddened that due to the current situation with the COVID-19 virus I couldn’t come from Ljubljana, Slovenia where I live, in Tetova, to be with you. All this time I have been hoping that this will be possible and I have enjoyed the Festival, but now I am obliged to be present only in this video way. But, nevertheless, even this is better than the complete absence from this wonderful event. It is a special honor for me that on the 24th anniversary of the award and the poetry festival “Ditet e Naimit”, I am the first Macedonian winner of the award. I feel the need to symbolically share the award and dedicate it to all those Macedonian poets and poetesses who have been able to win it, but this award awaited me. We are contemporaries of the word, while without words there is no poetry. 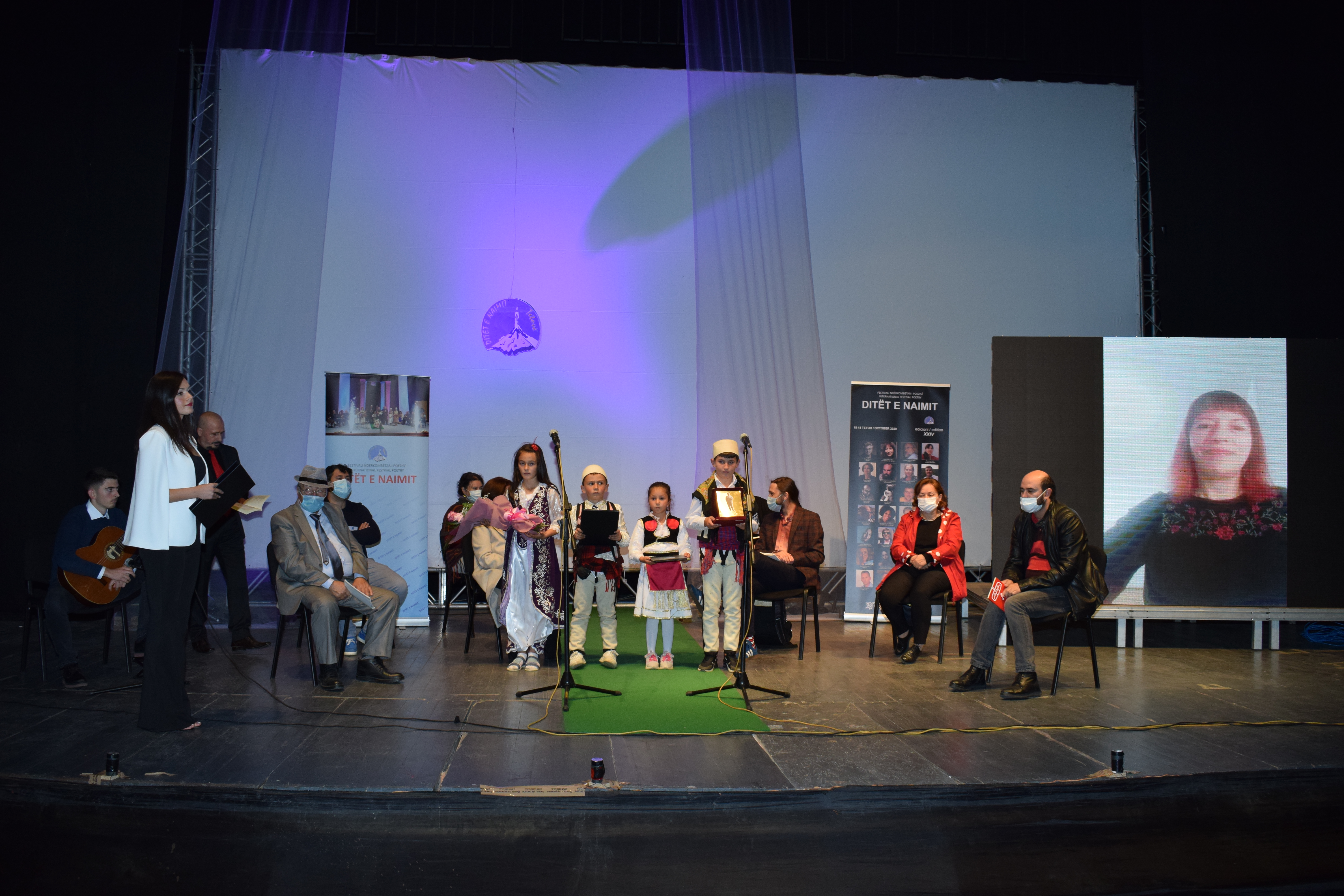 The Naim Frasheri Award for me is a confirmation that my belief in multiculturalism, in the common present of all peoples, in coexistence, in respect for human rights, in the possibility that peoples do not live side by side in a parallel world, but together in the world of cultural interweaving, and above all my belief in poetry and culture as a universal value and universal world wealth, is entirely on track. Even today, Naim Frasheri’s verses expand and spread the same humanist message, that the common beacon should be mutual respect and understanding.
Although I win the prize at the time of a Corona virus imposed by alienation, to be and remain close, we first of all need art, poetry, because only it heals all the wounds of the world in which we live.
Thank you once again for this tremendous award. I am sure that Naim Frasheri from the spaces of eternity conveys to us the poetic and vital message in which I myself believe “love life, love work and each other”. 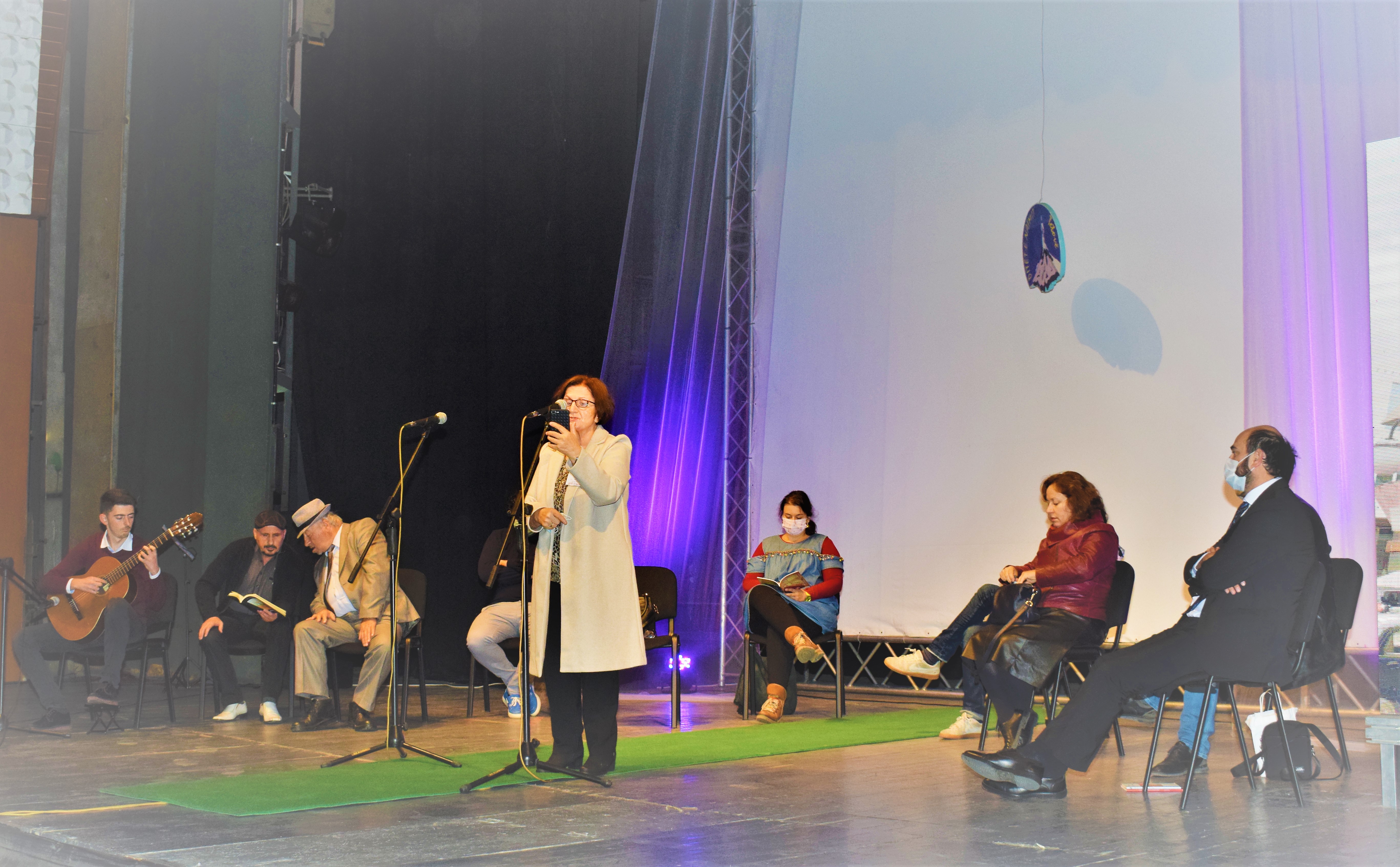 On the opening night of the Festival, the title Honorary Member of the Festival was awarded to the poet Puntorie Muça Ziba, while the literary award “Ditet e Naimit” was given to the Albanian poet Bardhyl Maliqi. 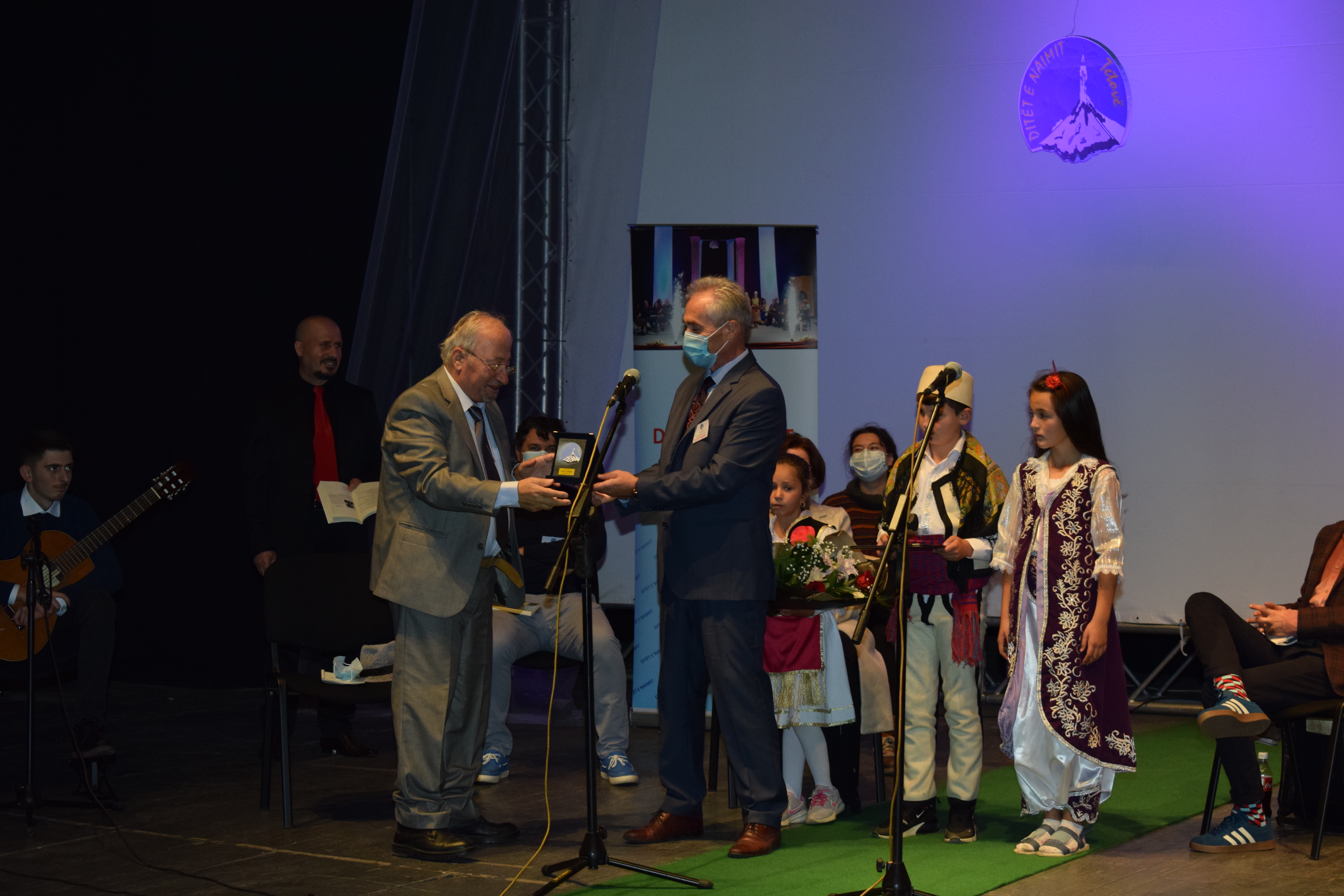 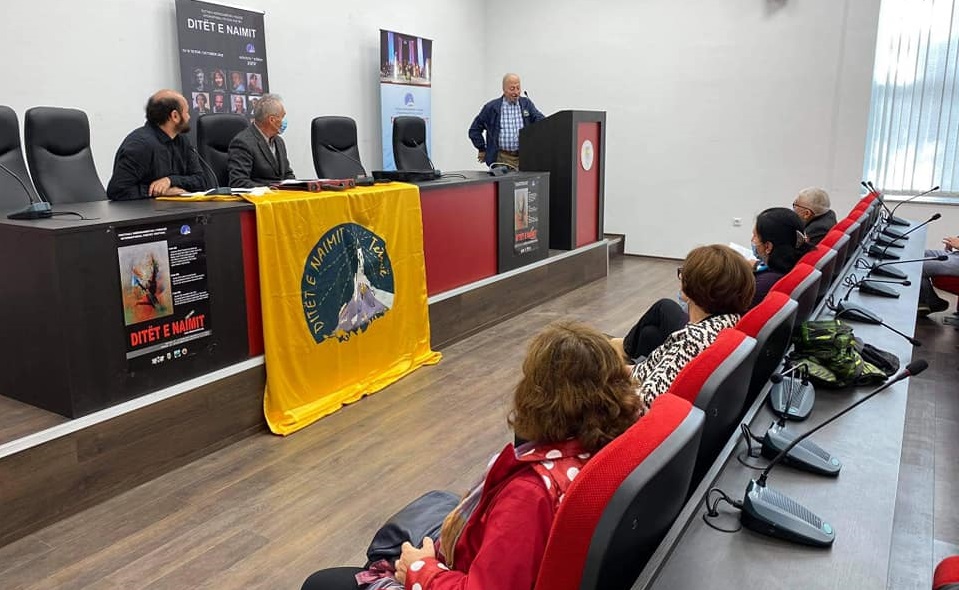 According to the program, on the third day, the exhibition “Pelikani” with paintings by the Albanian painter Flutura Maçi was opened, as well as the books of the Publishing House “Ditet e Naimit” such as “Dante’s Cave” by Fiona Sampson, “The Green Moon” by Tua Forstrom, “Little Dreams” by Mohamed Rabie, “Light / Luminance” by Belfjore Qose, “Trojan Horse” of Shaip Emerllahu and the Anthology of the Festival. Literary critics Remzi Salihu, Xhelal Zejneli, Remzi Salihu, Elena Prenxhova and Mitko Gogov spoke about these poetic works. 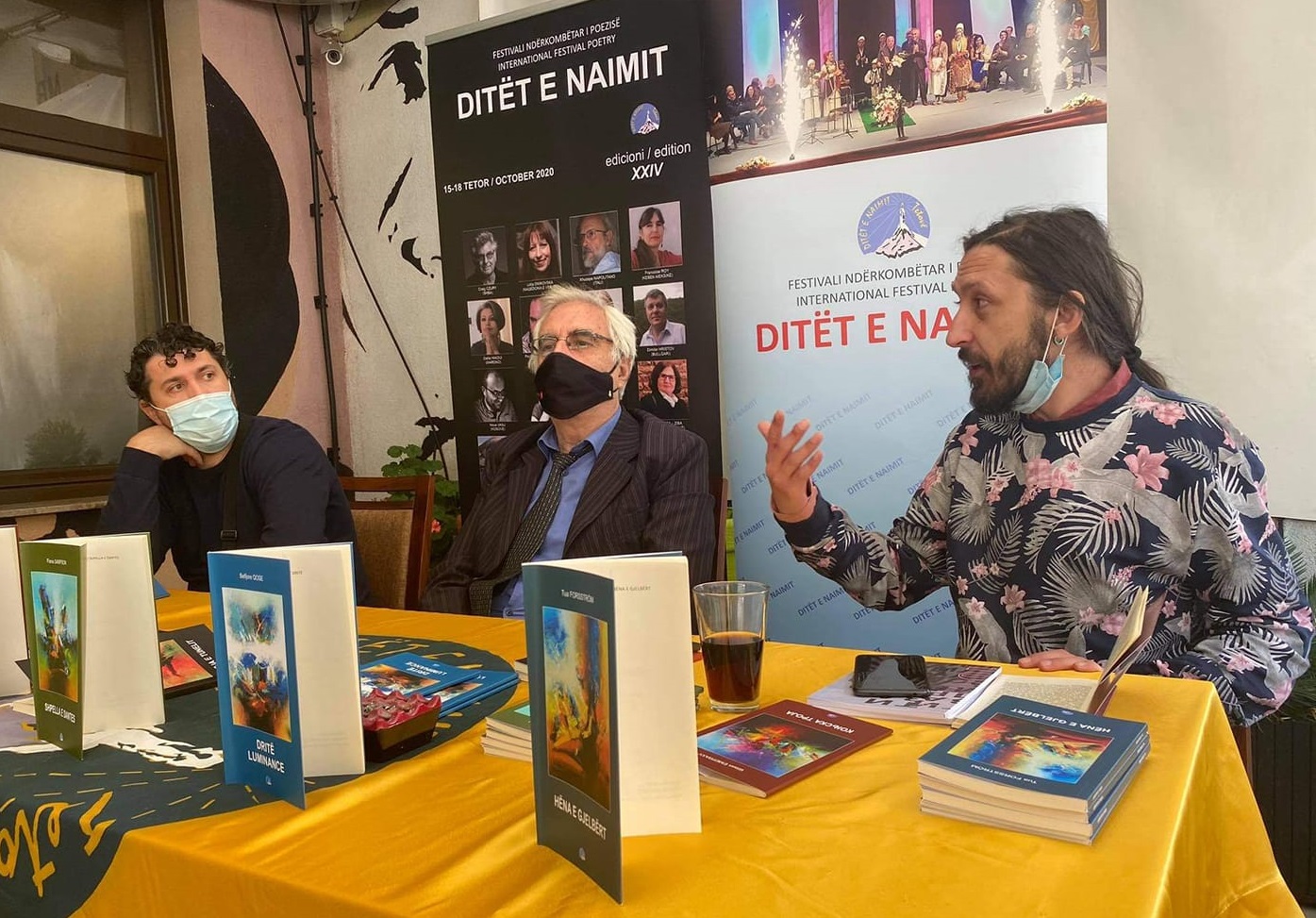 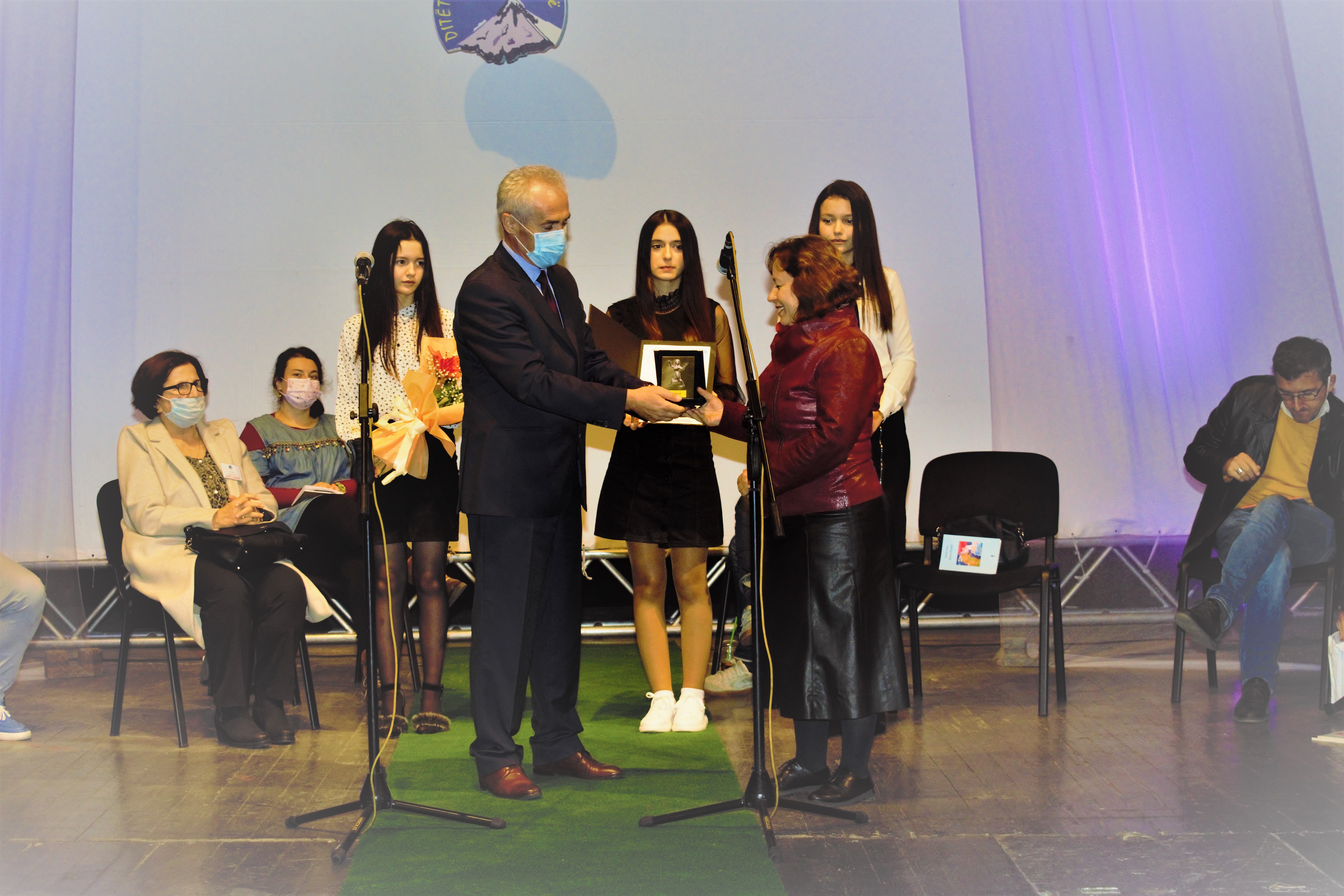 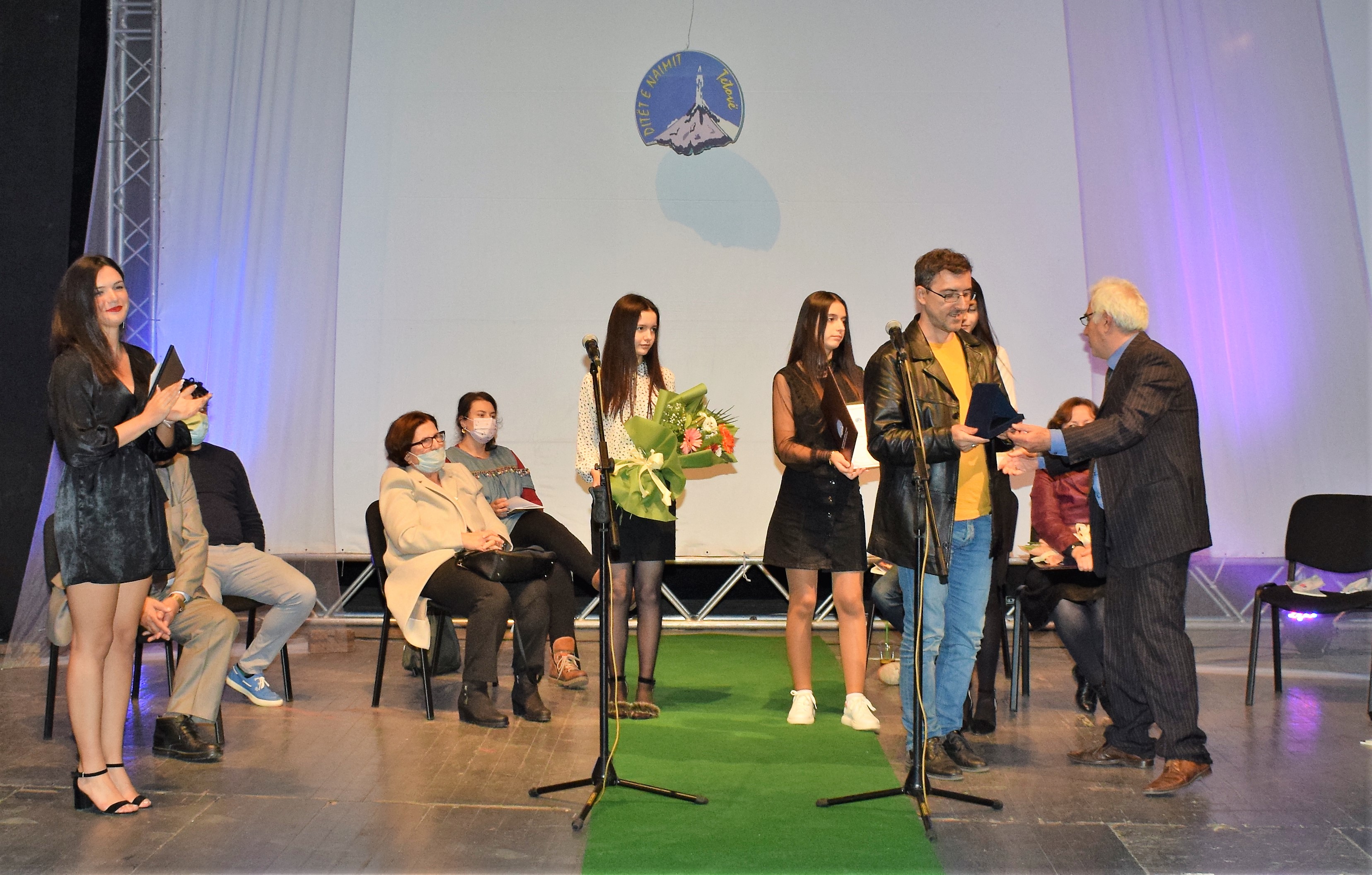 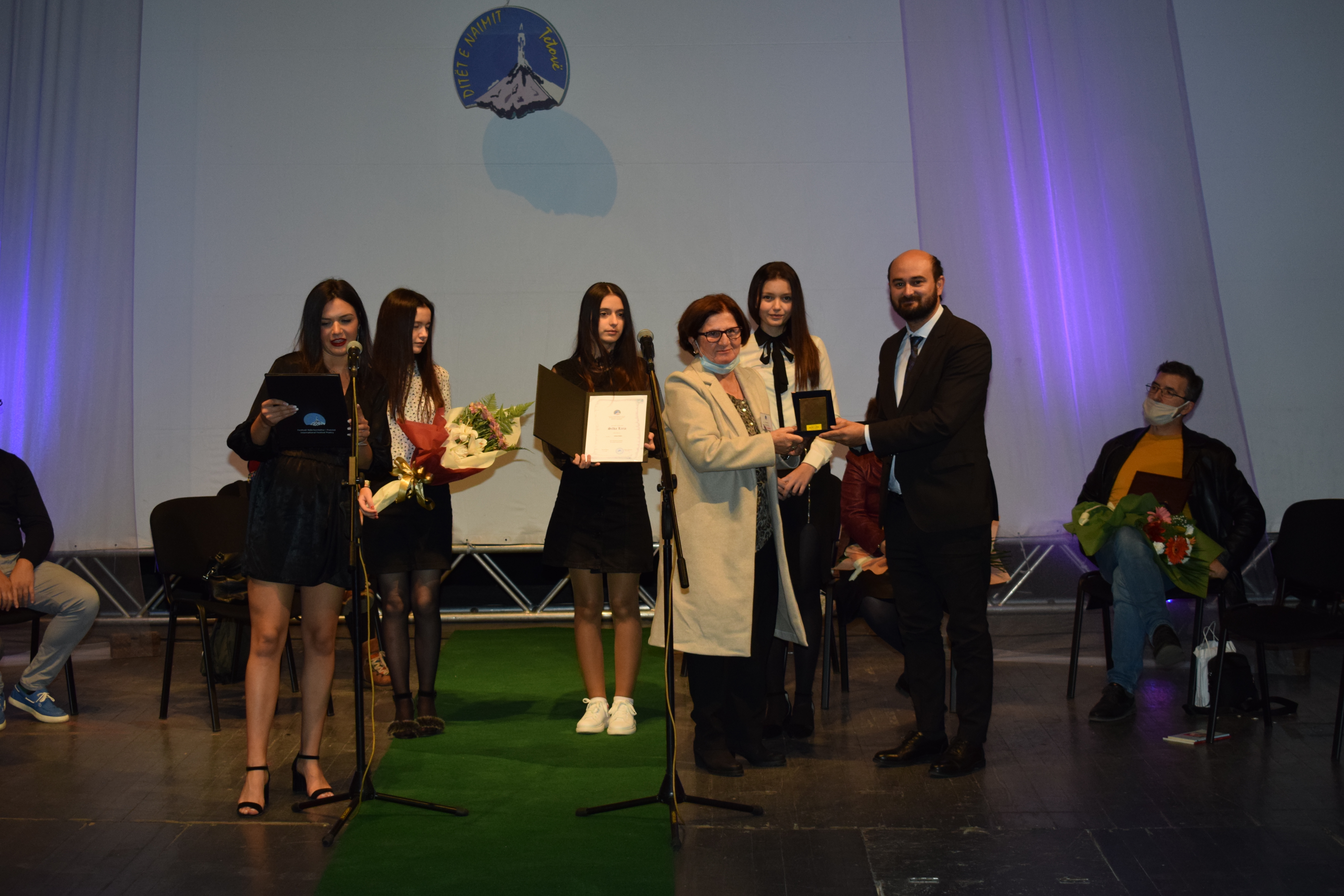 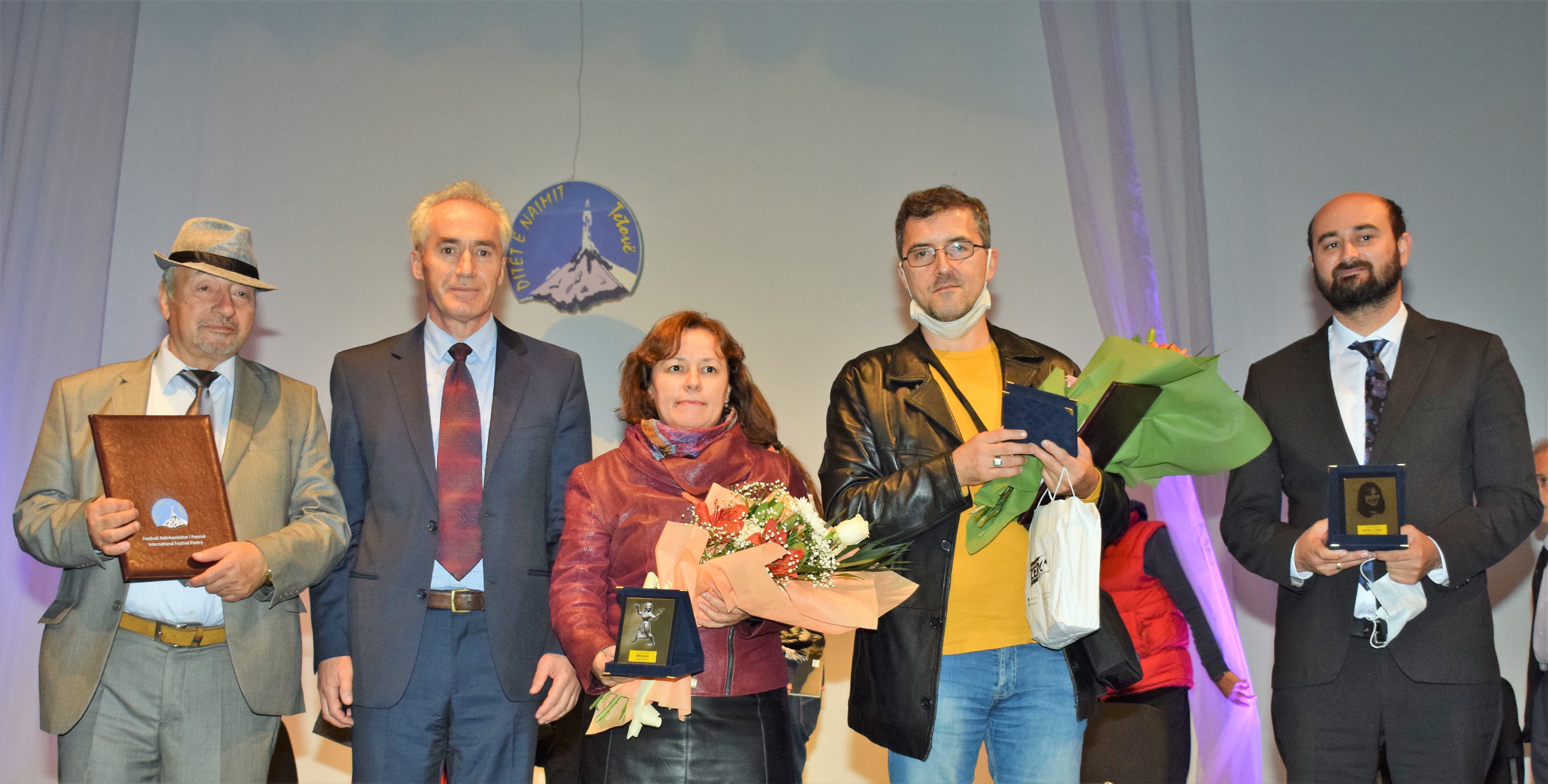 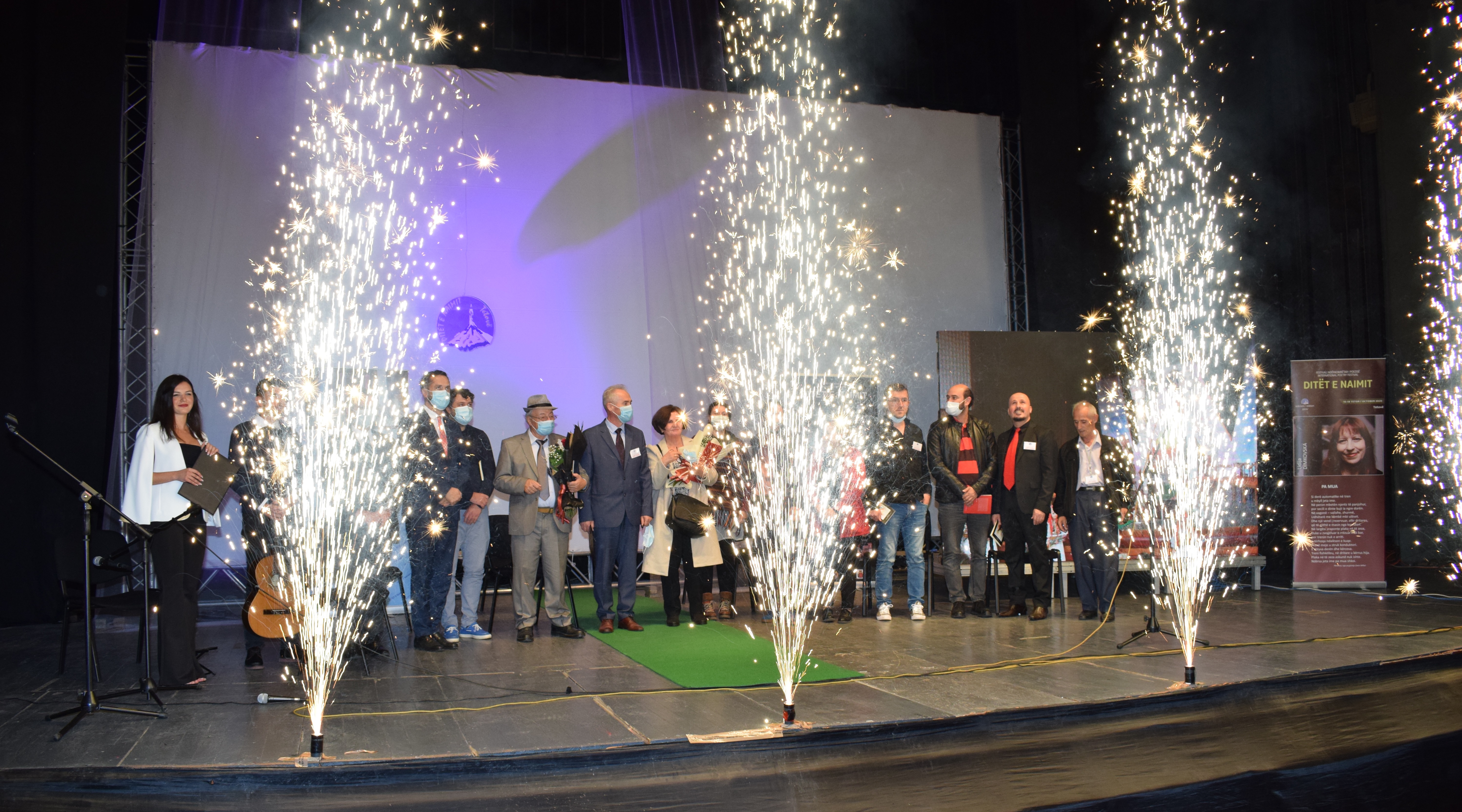 The festival was led by the moderator Narta Emerllahu, while the poems were read in Albanian by the famous actor Arsim Kaleci. 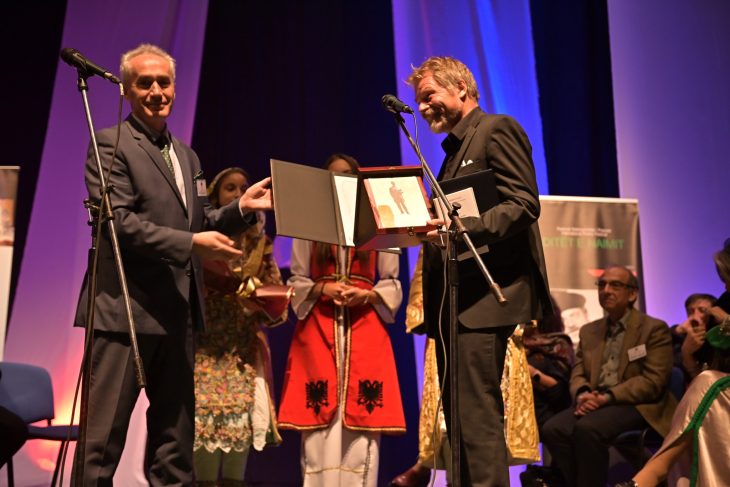 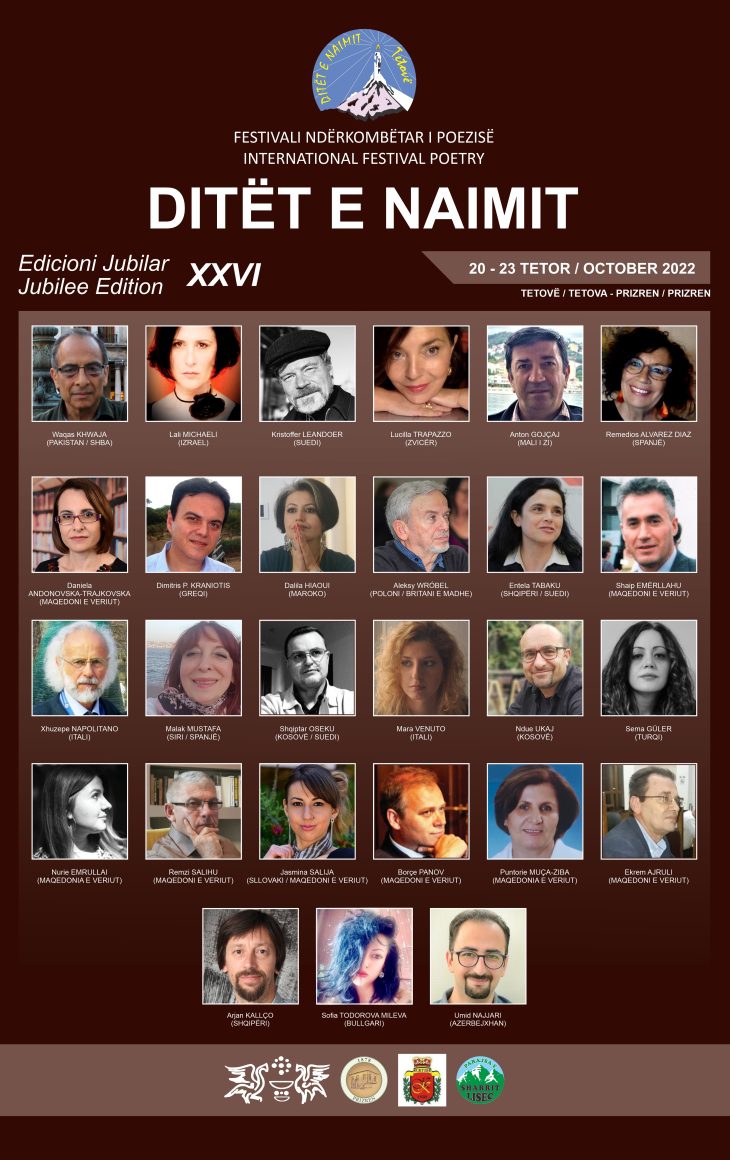 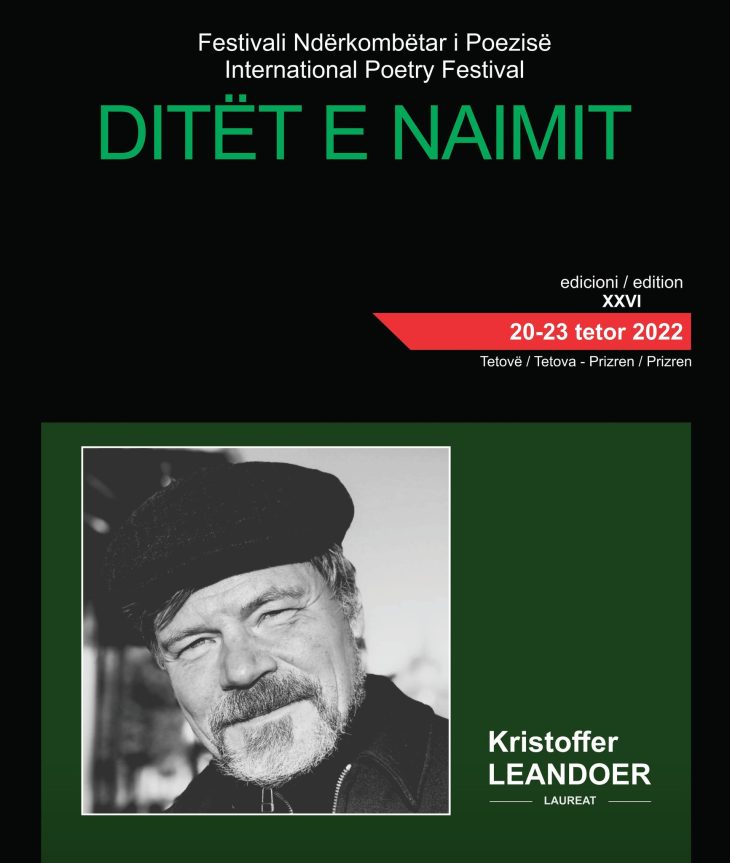