Kama Sywor KAMANDA is a Congolese French-speaking writer, poet, novelist, playwright, speaker, essayist and storyteller. He is also a committed intellectual who contributes to the evolution of ideas and the history of Africa. He was born in Luebo in the province of Kasaï Occidental in Congo-Kinshasaon 11 November 1952. His first publication, Les Contes des veilléesafricaines was an immediate success. From the beginning of his career, his literary work has stood out due to its originality, its unique style and its themes. As “Babelio” writes so well in his biography of the author: Kamanda owes much of his world renown as a writer to his “Kamanda Tales”, as they should be calledfor their evocative power and literary quality,which rank this African writer among the greatest classicauthors such as Andersen, Grimm, Perrault and Maupassant.

Through his story-telling, Kamandahas been able to combine personal memories, tradition and imagination. It is not a collection of stories, but a literary work in its own right, nurtured byfolk themesandlocal legends. Playwright, storyteller, poet and novelist, Kamanda has produced a hugeand internationally recognized literary work.Since the publication of his first book, Les Contes des veilléesafricaines, in 1967, he has written a dozen books totalling a thousand poems, a dozen plays, two essays and several collections bringing together hundreds of stories. His literary output also includes several novels.
He is the Laureate of the XXV Edition of the International Poetry Festival “Ditet e Naimit” held in Tetova, North Macedonia.

Lidija Dimkovska was born in 1971 in Skopje, and since 2001 has lived in Ljubljana, Slovenia. Writes in Macedonian. She graduated from the Department of General and Comparative Literature at the Faculty […]

The American poet George Wallace is writer in residence at the Walt Whitman Birthplace, first poet laureate of Suffolk County, LI NY, and author of 31 chapbooks of poetry in […]

Basri Çapriqi is born in Ulqin in 1960. He finished high school in Ulqin. He studied Albanian Literature at the University of Prishtina and received his Master’s Degree in 1988 […] 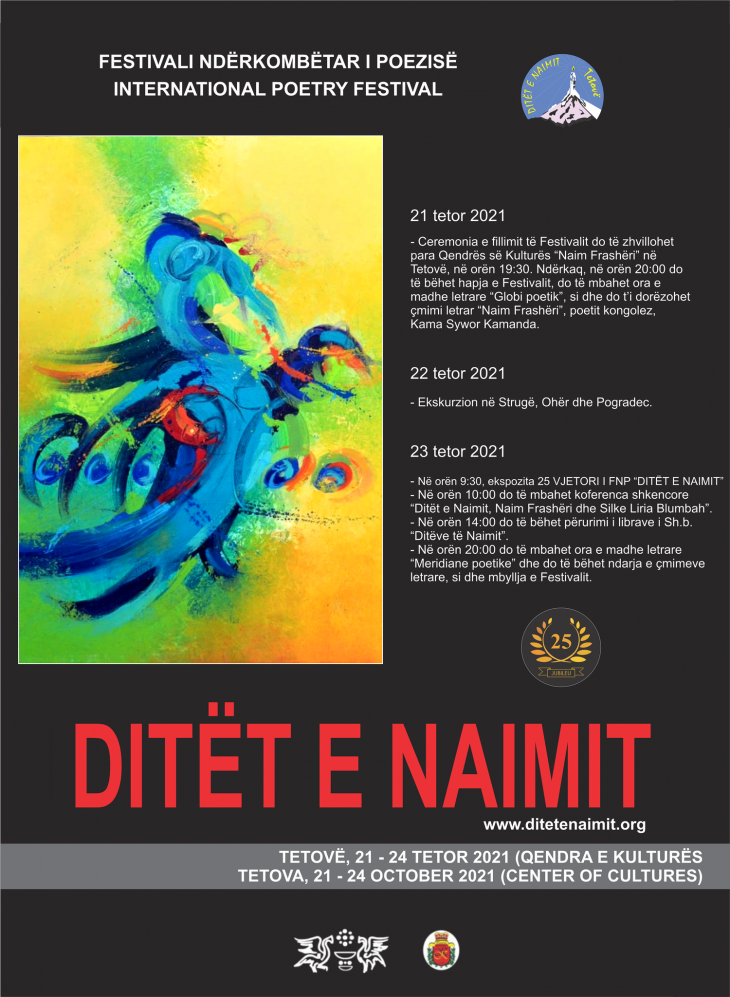 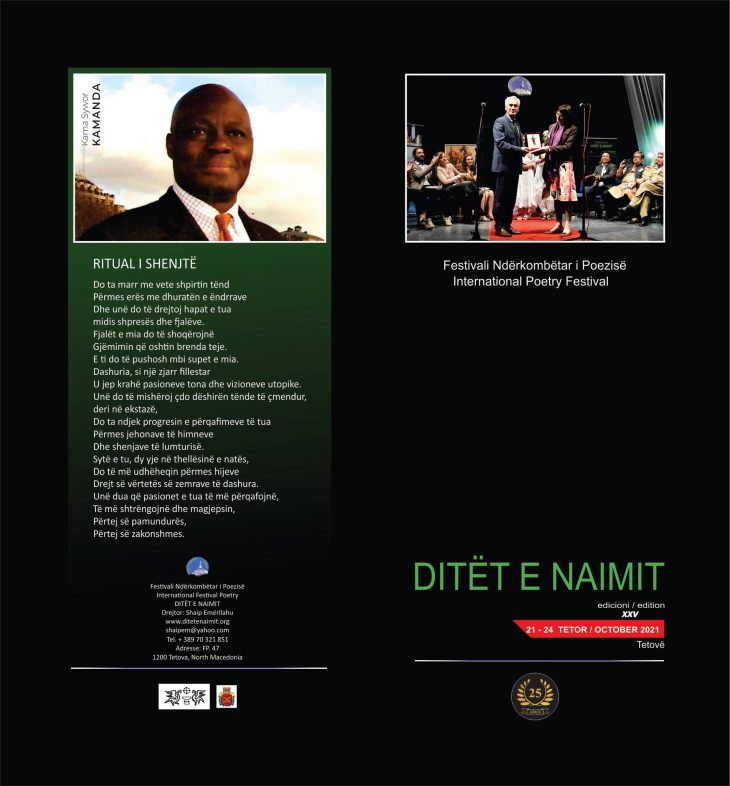